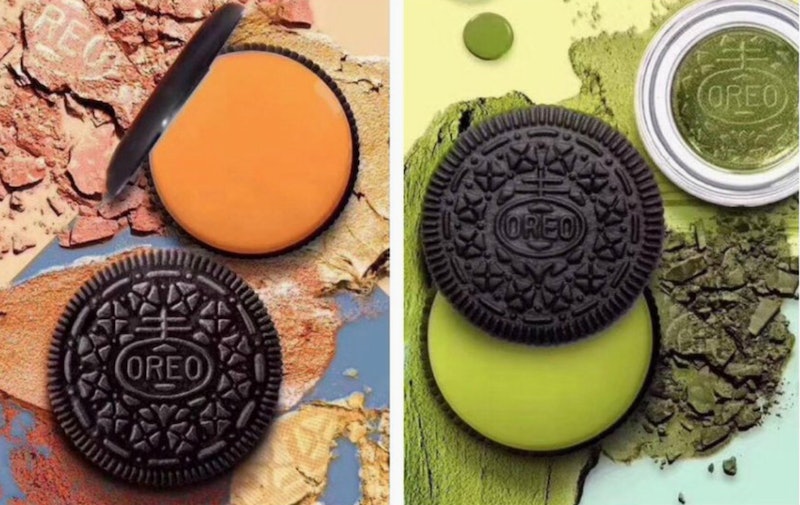 Though Oreo built its popularity on being a deliciously simple cookie (just a chocolate cookie with sweet creamy filling), the company is also known for introducing some of the most wild cookie flavors out there. It's actually almost impossible to think of a dessert that hasn't been given the Oreo treatment: there's everything from strawberry milkshake to cookie dough to caramel apple... and that's only naming the more "normal" flavors. More unusual options include flavors like waffles and syrup, limeade, cherry cola, and watermelon — just to name a few. Recently, they even announced ice cream flavors like Rocky Road and Strawberry Shortcake. Now, though, it appears Oreo has outdone itself and introduced something totally different: Hot Chicken Wing Oreos and Wasabi Oreos. No, this isn't a joke, and yes — people are feeling super divided about these new Oreo flavors.

Parent company Mondelez International announced the launch of the new flavors available to consumers in China earlier this week, and as you can probably imagine, the social media reaction was swift and passionate. The company posted an image of the two new Oreos, complete with a caption that simply read, "Innovation sensation: #TeamMDLZ@Oreo just launched two new BIG and BOLD flavors in #China: Hot Chicken Wing and Wasabi!" The cookies look exactly as you would think they would: the Hot Chicken Wing flavor has a bright orange filling, while Wasabi features bright green cream. The colors are actually pretty cool, if I'm being honest.

Unsurprisingly, people on Twitter had some pretty serious and passionate feelings about these new flavors, ranging from horrified to thrilled — and thus began a pretty heated debate. Some users were vehement about their desire to try the new Oreos:

Many got clever by using GIFs and other images to show exactly how much they disliked the idea.

Some people seemed like they were literally begging Oreo not to do this:

Some people honestly seemed a little offended that anyone even thought up this flavor combination to begin with:

And a few people brought up the fact that weird and random food flavor combinations is just basically the norm these days:

Others, however, were intrigued:

A few people were into one but not the other one:

As for those who seemed intrigued enough to want to buy these? They were pretty bummed to realize that they're only available in China right now.

If you're in the club of people who actually want to give these flavors a go, and you don't live in China, you can attempt to order them via eBay... if you dare. Of course, there's always the possibility that the company will decide to make them available in other parts of the world, especially if they continue to get this much attention. But who knows? The world just might not be ready for these kinds of cookies.