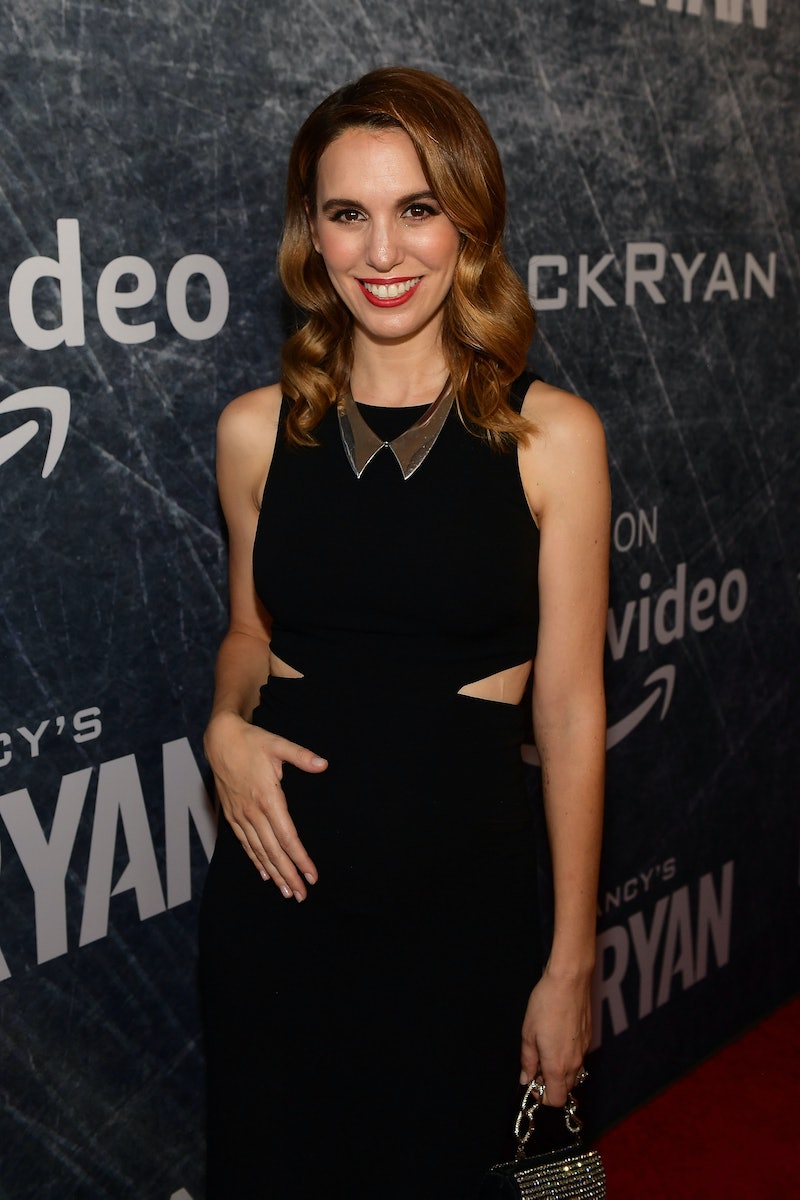 You might not be able to call or beep her, but if you want to reach the OG Kim Possible there's still ways. In a recent interview, Christy Carlson Romano introduced her new Kim Possible character from the upcoming live action revival starring newcomer Sadie Stanley in the titular role.

So here's the sitch: Romano will play Poppy Blu, a famous pop star and good friend of Kim's who also happens to know how to drive. A real plus for the kick-ass teen who hasn't yet gotten her permit and a fun way for Carlson to be a part of this new take on the character she first voiced 11 years ago.

“I’m here to pick Kim up because Kim doesn’t have a driver’s license,” Carlson told People about her character's role in the film. “[Kim Possible] doesn’t have her driver’s license, but she needs to get rides from the Marines or famous people, if you remember, to get to her missions. Kim is just like every teenager, but she happens to know some really important people, and Poppy Blue happens to be one of those important people.”

It also made her feel important to return to Kim Possible, which ended its animated run in 2007. “I’ll always feel very connected to Kim,” Romano said of the character, who looks like your average high schooler, but is so much more. “The fans have never gone away. Now, the new film, it’s an opportunity for the fanship to grow.”

The new Kim Possible movie, which premieres Feb. 15, is also way to see the titular character grow, which is why Carlson didn't offer much advice to the Disney Channel film's new star or the directors. During her week on set, Romano told People that "out of respect," she "chose not to be vocal about anything in particular with what I would think or would do or say. It wasn’t my place to overstep and try to be a control freak. I wanted them to experience Kim for how they saw her.”

That doesn't mean there aren't some callbacks to the original, like Rufus the naked mole rat friend of Ron Stoppable — now played by The Goldbergs' Sean Giambrone — who's back, but this time in CGI form. Instead of a beeper, Kim Possible has updated her tech game, getting herself "a communicator on her chest that if you push the button, it’s a hologram,” according to Romano.

The Kim Possible film, which also features Patton Oswalt and Alyson Hannigan as Kim's brain surgeon mom, starts with Kim making a new friend, Athena, who is a fan and possible adversary. After Athena becomes a member of Team Possible they need to take on some familiar super villains in Drakken and Shego.

For now, Romano's unsure about Kim Possible's future, but she hopes if Kim does return to the small screen, Poppy Blu will be there to help her get around. "I’m going to be very transparent in that I hope Poppy Blu comes back," Romano told People. After all, Kim is still a few years away from getting her driver's license.

More like this
A New 'And Just Like That' Table Read Pic Confirms A Key Character's Return
By Jack Irvin and Grace Wehniainen
Netflix Reveals First Look At Wednesday In The 'Addams Family' Spinoff Series
By Bustle Editors
Nicola Coughlan Shared A Lady Whistledown Excerpt From ‘Bridgerton’ Season 3
By Grace Wehniainen, Alyssa Lapid and Sam Ramsden
24 Years Ago, 'Friends' Dropped Its Most Underrated Ross & Rachel Episode
By Grace Wehniainen
Get Even More From Bustle — Sign Up For The Newsletter