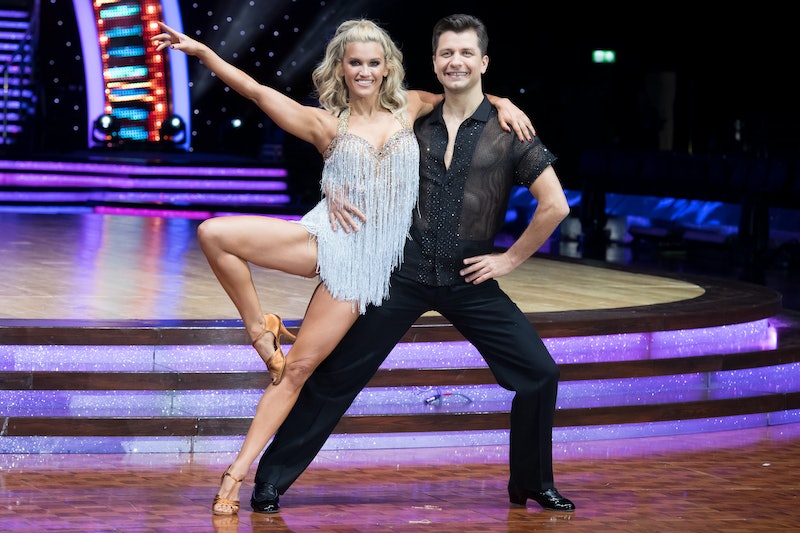 It felt like something was missing when the lineup for Strictly Come Dancing 2019 was announced, and it didn't take long for me to notice that it was Pasha, one of the show's most recognisable faces. Plenty of your favourites will be returning this year, but it's still going to be hard for me to imagine a series of Strictly without Pasha. So, why isn't Pasha in Strictly Come Dancing 2019? Rumours have become to circulate, because the baffling news of his departure seems really out of the blue. He's had huge success as a professional dancer on the show, so why did he quit now?

The former Strictly dancer announced his decision to leave the show in a tweet on Feb. 13, "After scoring 93 perfect tens, reaching four finals and lift one glitter ball, it's time for me to find a new challenge and so I've decided to make last year - my final season on Strictly," he wrote, adding: "I've had eight fantastic years, full of wonderful memories thanks to the incredible partners, professionals and myriad of behind the scenes teams who all work to make Strictly the amazing production that it is. The biggest thanks go to all the members of the public who've supported me so much over these years. I look forward to seeing you on the Strictly pr-tour this spring, and for many future adventures to come!"

Needless to say, there were some pretty heartbroken Strictly fans up in his mentions. As one tweeted: "Pasha, I am devastated at this news. As the late, great Bruce Forsyth used to say: 'You're my favourite!'. Good luck for the future!" The official Strictly Twitter account also shared the love when they tweeted: "Sadly after eight incredible series, the brilliant @PashaKovalev has decided to leave #Strictly. Pasha, from all of us, thank you for your amazing choreography and routines over the years. You’ll be sorely missed!"

Love Island's Caroline Flack, who won Strictly with Pasha in 2015, uploaded a collection of photos of her and her corner pro partner on Instagram, writing in her caption: "SO Sad to hear the news that Pasha is leaving Strictly. A total gentleman..... You gave me some of the proudest moments of my life.... #champs #glitterball"

However, among all the well wishing, some have begun speculating about the reasons behind Pasha's shock departure. Former Strictly judge Arlene Phillips told the Express in an interview shortly after Pasha's announcement that she thinks the reason he left is because "he is tired." She then went onto explain that "The professional dancers on that show work relentless hours... from three to four months from August when they start to Christmas... that is tough. The thing is the standard of the professionals is phenomenal." Having worked on the show for a number of years, Phillips has seen how far these dancers have had to push themselves.

He got the proper send off when he performed on The Greatest Dancer alongside judge Cheryl and several of the Strictly pro dancers on Feb. 17. As the Radio Times reported, that was to be his last televised performance with the Strictly dancers, and you couldn't have really asked for a better goodbye.