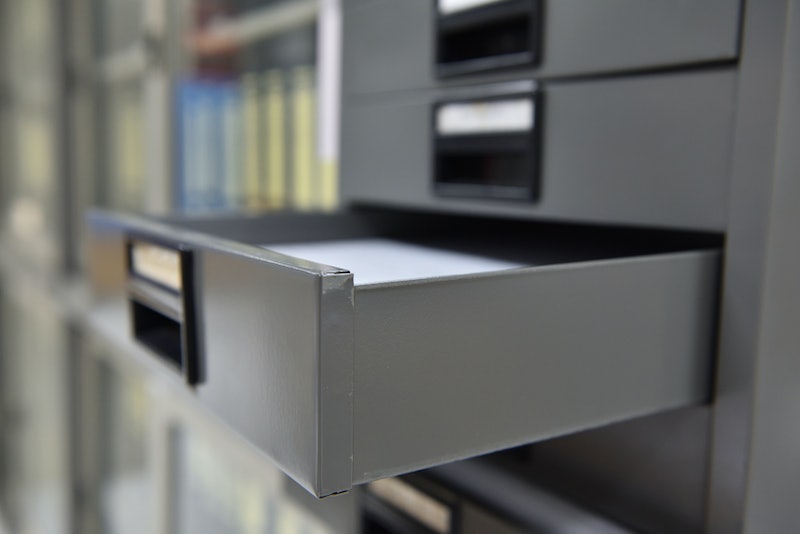 Just in time for the latest reinvigoration of the gun control debate, researchers from the Johns Hopkins Bloomberg School of Public Health have some unnerving news. According to a survey published in the American Journal of Public Health, 54 percent — more than half — of American gun owners do not store their guns safely. One might think this goes without saying, but it may be worth spelling out: While safe storage can reduce the increased risk for accidental deaths and firearm-related violence that comes with having a gun in the home, owners have to actually store their guns safely first.

So what does it mean to store guns properly? According to The Hub, Johns Hopkins researchers looked at previous studies to see what practices made gun ownership safer. In the end, they defined safe storage as keeping all guns locked into a gun rack, in a locked box, or stored with some sort of trigger or shot lock. "Household gun ownership can increase the risk of homicides, suicides, and unintentional shootings in the home, but practicing safe storage for all guns reduces these risks," explained lead author Cassandra Crifasi, according to the Hub.

But in their nationally representative survey, researchers found that just 46 percent of American gun owners reported storing their guns safely. Perhaps unsurprisingly, the survey found that factors like having a child under the age of 18 at home or taking gun safety courses made people more likely to practice safe storage.

It's no secret that the mere presence of a gun in a household increases the risk for violence and injury. In 2002, a study found an association between "firearm availability" and firearm-related accidents, homicide, and suicide in children. According to the Giffords Law Center, guns at home are more likely to be used in a "fatal or nonfatal unintentional shooting, criminal assault or suicide attempt" than in self-defense, and the risk of dying from an unintentional shooting is 3.7 times higher for adults with a firearm at home. The Children's Hospital of Philadelphia Research Institute notes that 89 percent of unintentional shooting deaths among children occur at home, usually when the child is playing with a loaded gun while their parent isn't in the room. On a larger scale, states with more gun availability tend to have higher rates of firearm homicide.

You get the idea. Even setting aside the pressing issue of mass shootings in the United States, research shows that guns are associated with a higher risk for injury and death, especially in vulnerable populations like children.

This isn't to say that it is impossible to own a gun without hurting yourself or someone else, but the Johns Hopkins survey is a reminder of how important it is to practice gun safety.

The good news is that plenty of courses to teach owners how to safely handle their guns are just a quick Google search away. The not-so-great news is that not all gun owners sign up for them. In 2017, a study published in Injury Prevention found that just three in five American gun owners had received some sort of formal firearm training, a number that hasn't "meaningfully changed" since the '90s. Furthermore, only 14 percent of non-gun owners living in households with a gun had received firearm training. Why is that important? As the statistics above show, firearm accidents and violence can affect anyone living in a home with a gun — not just the person who owns it.

There's no single solution to the problem with gun violence in the U.S., but practicing gun safety seems to be a good start. Guns do, in fact, kill people, when they're left lying around for anyone to find.

More like this
10 Thanksgiving Alternatives You Can Celebrate This Month
By Katie Mitchell
7 Store-Bought Bread Rolls For Thanksgiving That Taste Homemade
By Chelsey Grasso and Lauren Grant
The 13 Best Kindle Accessories For An Upgraded Reading Experience
By Cristina Sanza
23 Genius Gifts To Get Someone You Don't Know Very Well
By Jessica Booth, Lauren Grant and Brittany Leitner
Get Even More From Bustle — Sign Up For The Newsletter