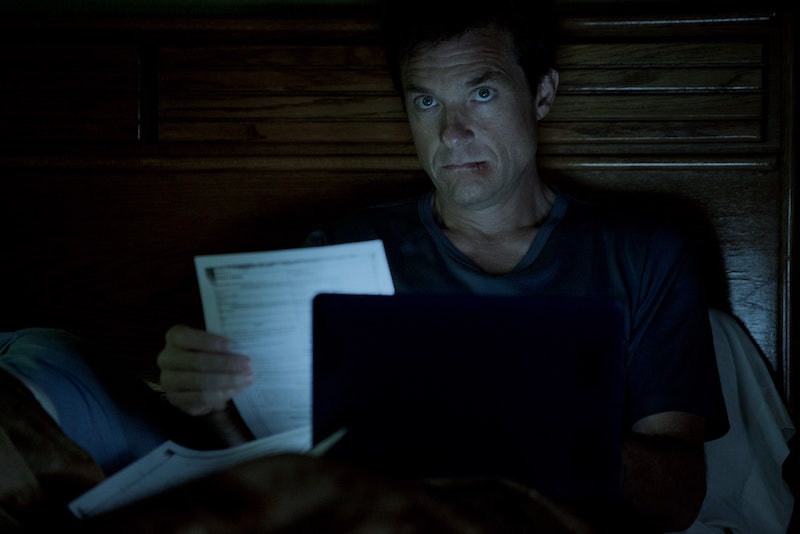 Breaking Bad revolutionized television and helped solidify the male anti-hero as television's favorite archetype. Now, nearly a decade later, Netflix's Ozark is putting its own spin on the "mild-mannered drug criminal" genre. Walter White and Marty Byrde might both be disciplined family men who end up getting involved in the drug trade in a unique locale, but the similarities don't extend far beyond that. When comparing Ozark to Breaking Bad, it's important to note that, while these show start from similar points, they go off in different directions in every way. Ozark has an entirely different tone, setting, and cast of characters to the acclaimed AMC drama. (Spoilers through Episode 5 of Ozark ahead!)

That's not to say there are no similarities. Marty Byrde and Walter White both make most of their money from the drug trade. Both of them have families they're trying to protect. Both of them live in areas not often featured on television – Albuquerque for Breaking Bad, and the titular Missouri mountain region for the latter. Both of them have an obsession with certain types of shots — Breaking Bad featured many iconic point-of-view shots, while Ozark frequently drone shots to capture the beauty of the mountains. But saying Ozark is simply "Breaking Bad in the mountains" doesn't do justice to the many differences between the totally unique shows. Here are just a few:

When viewers meet Walter White, he's a pathetic school teacher who discovers he has cancer. That diagnosis sets up the events that occur over the following seasons as viewers watch him evolve into a drug kingpin. When viewers meet Marty, he's already a decade deep into working as a money launderer as part of a drug operation. While Walt falters through his attempts learning how to be a manufacturer and supplier, Marty is a seasoned professional.

It's All In The Family

One of the biggest struggles for Walt during his time as a meth maker is hiding it from his family. He manages to hide the severity of his crimes from his family for a long time, but Marty doesn't need to. In the first episode of the show, it's revealed that Marty's wife Wendy knows that her husband cooks the books for a drug cartel. If that isn't enough, Marty's children learn his family's secret only a few episodes into the show. Breaking Bad is all about how keeping secrets affects a family, while Ozark explores what happens when those secrets are revealed.

While Breaking Bad features many dark moments, the show used the sunny scenery of New Mexico and dark comedy to keep the show from getting too dour. Ozark leans into the dark nature of the show, with a deep blue color palette and few light-hearted moments across its first season. Even Ozark's lightest moments are more violent, bleak, and grim than Breaking Bad ever got.

Ozark and Breaking Bad share similar DNA, but just because you like one doesn't mean you'll fall in love with the other. If you enjoyed Breaking Bad for its sprinkling of light-hearted character interactions and its bright cinematography, Ozark may leave you feeling cold. However, if your favorite Breaking Bad moments were also its most violent ones, then Ozark could be your favorite new show.