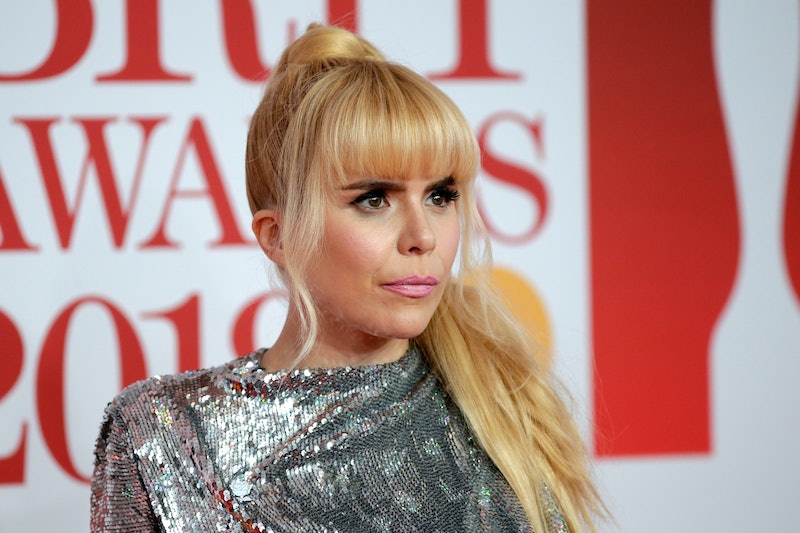 If there’s one bit of celebrity news you take in today, let it Paloma Faith's comments on motherhood. Anyone who has a child can relate to the struggles of being a new mum, and while it may seem like our favourite stars don’t go through quite the same, being rich and famous, and all, the singer has just reminded us that they really do.

Paloma, who gave birth to her first child with partner Leyman Lahcine in December 2016, spoke candidly about her personal experience as a mother in a new interview with i News. The 36-year-old admitted that while she loves her child, motherhood is “hell,” and quite frankly, it was refreshingly honest.

“Don't get me wrong, I love my child, but it's hell,” she told the publication. “It doesn't matter how much help you've got, no one can explain how lonely it feels at night when you're waking up breast-feeding and you spend hours just wired on your own and you lose the will to live in a way, because your hormones are going mad and your husband is usually asleep snoring next to you. There's so much resentment.”

The star, who returned to the studio shortly after giving birth to work on her latest album, The Architect, also explained in the interview that she was forced to cut her maternity leave short due to financial worries. “I think it was a combination of wanting to stay relevant but also generating an income," she explained. "My accountant called me and said, 'you need to think about earning some money now, because otherwise…' I had a little panic."

Paloma made headlines last year when she announced that she would be raising her child gender neutral. "I want two or three kids in all and they'll be gender neutral," she told The Mirror at the 2017 Q Awards. Given the amount of attention her remarks garnered, in her recent interview she explained that she wanted to clear up the misconceptions about her parenting choices.

"I was talking about actually allowing my child to have all the opportunity that they can," she explained to i News. "Because I was raised like that myself. I was always called a girl but I had Lego and Meccano and I had dolls but I didn't like them so I had the choice." It's great that Faith is able to share her own approach to parenting, but she shouldn't feel pressured to explain her own life choices to anyone.

This isn't the first time the singer has opened up about her life as a mother. Earlier this year, she explained how pregnancy and motherhood had changed her as a person. "I feel like also giving birth has made me completely stop any kind of princess-y or fragility stuff," she told Australian tv show, The Project ahead of a gig at the Sydney Opera House in April. Nevertheless, just like many other working mothers, it didn't stop her from worrying about how having her baby would affect her career.

"I think, that actually what is a real strength we have as women, like we create life, that it might make us fear that there's no place for us socially any more," she admitted. "I'm hoping that I will be a bit of... A kind of optimistic benchmark for women out there worried about going back to work."

After releasing a fourth album (which became her first UK number one by the way), receiving a Brit Award nomination, and going on tour around the world within her first two years as a mother, she's definitely become a great example of what women can achieve while also juggling parenting. If not for the world, than certainly for me.