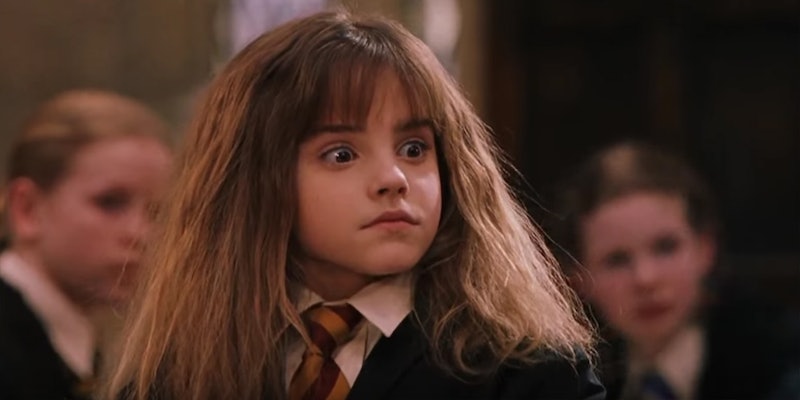 The last Harry Potter film graced screens eight years ago, but the world's love for Hogwarts School of Witchcraft and Wizardry will never die. To celebrate the long-lasting obsession with the magical realm, Pandora is launching a Harry Potter collection, and it promises to be the best thing that will ever grace your wrist.

Details of the capsule collection are still pretty under wraps, but what can be revealed is that it will encompass 12 hand-finished designs, including pendants, the brand's iconic charms, and a unique bracelet. Everything will, of course, be inspired by the wonderful world of Harry Potter, so expect plenty of character references and recognisable symbols.

The only downside is that you'll have to wait a few months to get your hands on it. The entire collection will be available from Nov. 28 2019, both in global Pandora stores and online. More details, including prices and images, will be released in the coming months.

Pandora's chief creative and brand officer, Stephen Fairchild, says the collection is something that diehard Pandora fans have been requesting for a long time. “Harry Potter has brought joy and a belief in magic to generations and Pandora fans have asked for this collection for years," he said in a statement sent to Bustle UK. It continued:

"Pandora jewellery brings personal stories to life, and the friendship, love, and bravery told in Harry Potter resonates with Pandora’s fans. We’re thrilled to bring this collection to fans around the world."

Every design — created by Pandora's VP creative directors, Francesco Terzo and A. Filippo Ficarelli — promises to pay tribute to the spirit of both Harry Potter and Pandora. I can't wait to see what the collection looks like come November.

Until then, however, there's plenty of other Pandora collections to invest your hard-earned money into. The famed jewellery brand recently launched a collaboration with Disney's The Lion King, featuring charms of all your favourite animated characters — think Timon, Pumba, and Mufasa — along with a special Simba bangle. There's also a collection inspired by Toy Story, which includes dangling charms of Woody, Buzz, Jessie, and, my personal favourite, the three-eyed alien. Then there's the Aladdin collection, whose stand-out piece has to be a beautiful gold dangle of the Agrabah Castle. However, the the blue Magic Carpet charm, with an inscription reading "You Fill My World With Wonder," is the perfect gift for someone special in your life.

It has also been announced that , later this year, Pandora will celebrate self-expression with a collection fronted by Stranger Things star Millie Bobby Brown. Expected to be available in October, the full collection is still under wraps. But, if 15-year-old Brown is involved, expect something seriously fresh.

"I love Pandora because everyone can tell their own story, and each symbol can represent your individuality," Brown noted in a statement.

It's true. Whether you're a Harry Potter fanatic or a devotee of the minimal look, Pandora really does have something for everyone.

At the very least, I know what I'll be adding to this year's Christmas list.