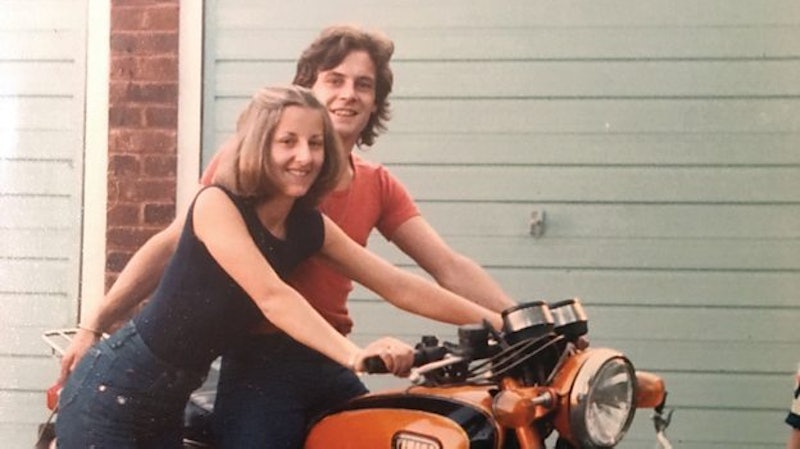 True-crime aficionados get ready, there is a new podcast by the BBC and sounds lit AF. This time around, it's examining a case that happened quite some time ago, back in 1978. A case that might not have been cracked were it not for the keen personal efforts of one individual. So what's BBC Radio 5's new podcast Paradise about?

Airing weekly as a part of BBC Radio 5 Live, Paradise looks not only at the case in question, but how modern communication can change the course of an investigation. The podcast is nine episodes long and comes from reporter Dan Maudsley and 5 Live's Stephen Nolan in their effort to seek out the truth behind this tragic case.

Paradise focuses on the heartbreaking story of a young couple from Manchester, England, who were on the adventure of a lifetime. Chris Farmer and Peta Frampton, aged 25 and 24 respectively, were backpacking through Belize in Central America when suddenly their family stopped receiving letters and phone calls, as the BBC reports. In a pre-digital age, communication was obviously more sparse — however, the families were concerned, and contacted officials overseas.

Despite many alleged sightings of the young couple, in July 1978, the family's worst fears were confirmed. The bodies of Farmer and Frampton were found floating off the coast of Guatemala. They had been weighed down with engine parts and the autopsy showed that they has been horrifically tortured. According to the BBC, the doctor who carried out the autopsies said that "the aspects of [both corpses] were monstrous."

In their letters home, the couple had shared with their families that they were intending on working for a while as crew members on a boat with a man and his two children. After their disappearance, Frampton's father contacted the local harbour master, who confirmed that the couple had last been seen on a boat skippered by an American man (Silas Duane Boston) and his two young sons (Vince and Russel). Frampton's father learnt that the boat left with the his daughter and her boyfriend, but returned without them.

So, what happened next? Well, not a lot it turns out. According to the BBC, after the discovery of the bodies, "[t]here had been no crime scene investigation, no story in the Guatemalan newspapers, no assistance from the Guatemalan police."

The presenters of Paradise re-examine the case, to try and find out exactly what went on. As the podcast's bio states:

"[Maudsley and Nolan] retrace Chris and Peta's journey to Belize and examine why the authorities took so long to act: was it a simple mishap that allowed Silas Duane Boston to escape justice for so long, or something more sinister? They also ask — did Boston even commit the murders?"

Paradise also tells the story of Farmer's sister Penny, who has fought tirelessly to catch her brother's killer. In August 2018, Penny published a memoir about the experience: Dead In The Water, which tells of her personal investigation into the case. In the book, Penny speaks about her decision to contact Boston's two sons via Facebook. According to the BBC, the sons had never been interviewed since the crime took place. It was later revealed that the two men had spent three decades desperately trying to tell police what happened on the boat during that fateful trip.

Listen to Paradise on BBC Sounds