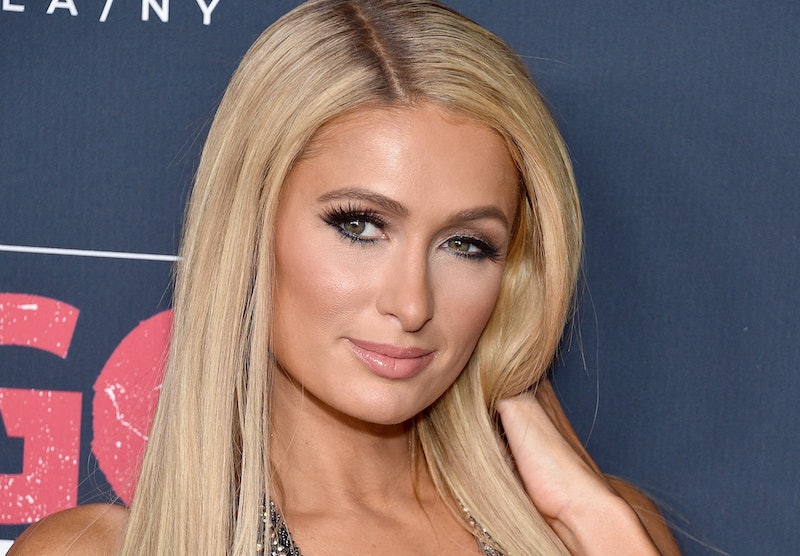 In news that might disappoint reality TV enthusiasts of the early aughts, Paris Hilton isn’t interested in a reboot of The Simple Life — but offered a new idea with a modern twist nonetheless. In an interview with TooFab published on Nov. 18, Hilton said she’s been approached about a revival before, but isn't sold on the idea. "I think that show is the first of its kind, so timeless, so iconic and so... I don't know if it could ever be remade," Hilton told TooFab. “It's a different time right now.”

Nicole [Richie] and I back then, yes of course it was fun doing that, and me playing that character. [I] had the best time with my best friend on road trips all around the world and doing jobs we would never do in our lives… but now I'm like a serious business woman. I think if I was doing that, I couldn't play that dumb character anymore.

Even so, Hilton did suggest "maybe like The Simple Life: Boss Babes," hinting she might be interested if the show made some changes. The Simple Life, one of the earlier pioneers of reality television, followed the wealthy Hilton and Richie as they left their Beverly Hills worlds of trust funds and parties to live, as the title suggests, a simpler life out in an Arkansas farmland. It ran for five seasons between 2003 and 2007 on E! and later on Fox.

Since the show’s wrap, Hilton has expanded her empire and gone on to pursue other ventures in the fashion, music, and DJ industry. Richie has also similarly dabbled in fashion, music, and books. She’ll next star in a Quibi comedy series called Nikki Fre$h about her rapper alter ego, as per Deadline.

This isn’t the first time Hilton has addressed the possibility of a revival. In June, a faux The Simple Life Twitter account shared a series of throwback photos that led fans to believe that a reboot was on the horizon. Hilton, however, squashed all revival rumors. “FYI, Someone has made a fake fan account & invented this #TheSimpleLife rumor,” she tweeted on June 25. “There is no truth to it. Yes, I love that show & I was approached again to do it. But I had to say no as I have an extremely busy work schedule traveling the world running my empire. #GirlBoss”

While a reboot may not be on the horizon any time soon, fans can find solace in the fact that Hilton still very much watches the show. She admitted to Us Weekly in October that it’s “just so hilarious to relive the memories” and hailed Richie as “literally one of the most hilarious people in the world.”