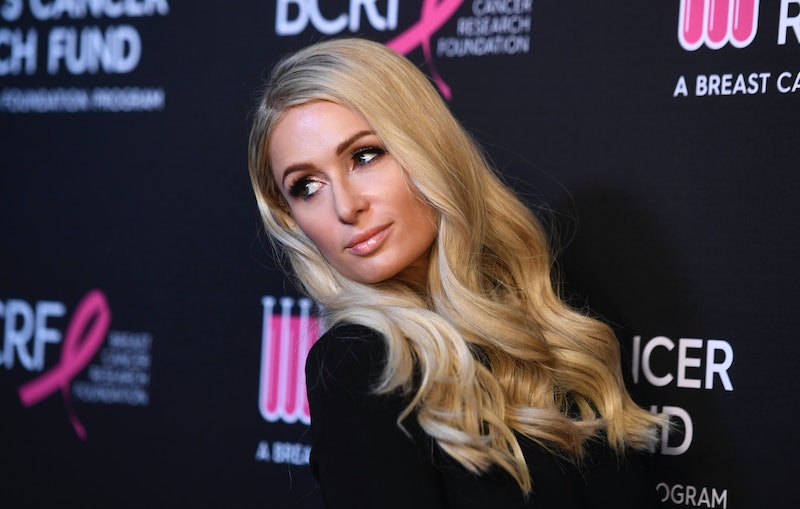 On Tuesday, June 25, the Internet was abuzz thinking that The Simple Life was returning after a verified Twitter account @TheSimpleLife began giving various hints about a potential revival of the beloved reality show, but sadly, it turned out to be a total sham! Now one of the show’s famous stars is speaking out about the ordeal. Paris Hilton addressed the Simple Life reboot rumors on Tuesday night, and she totally crushed everyone’s dreams in the process.

It might seem ridiculous to think that The Simple Life was really coming back, but the speculation was not unwarranted. The Twitter account initially had a blue verified checkmark, and its first tweet was a throwback photo of Hilton and co-star Nicole Richie with the caption “#SimpleLife6”, referring to a potential sixth season of the reality show. Most intriguingly, it only followed three accounts: Hilton, Netflix, and Lindsay Lohan, which led fans to believe that a reboot starring Hilton and Lohan, rather than Richie, was in the works at Netflix.

However, their dreams were crushed when the account lost its sacred blue checkmark. Soon, outlets like Entertainment Weekly confirmed that the Simple Life account was inauthentic, shooting down reports about a revival. Fans clung to hope, but Hilton put the final nail into the coffin, taking to Twitter to shut down the rumors once and for all. “FYI, Someone has made a fake fan account & invented this #TheSimpleLife rumor,” she affirmed. “There is no truth to it.”

Although Hilton loves the show, she added that she doesn’t plan to participate in a reboot anytime soon, meaning that we may *gasp* never see new episodes of The Simple Life in our lifetime. But her reason for not doing so is understandable, and also kind of incredible.

“Yes, I love that show & I was approached again to do it. But I had to say no as I have an extremely busy work schedule traveling the world running my empire,” she wrote, complete with the #GirlBoss hashtag and a crown emoji fit for a queen. While some of us sit on the couch in a Juicy sweatsuit and Uggs, sipping on Starbucks and watching re-runs of The Simple Life, Hilton is jet-setting to a new country every week to run her self-made empire, and she truly means business.

Hilton wears several hats within her empire. She has a very successful accessories line, with her own retail stores in South America, and she just might be the Queen of Fragrances (after Britney Spears, of course), creating 24 different scents across her career. She's even dived into the hotel and nightlife business on her own, outside of the Hilton empire, with the opening of the Paris Beach Club in the Philippines.

And of course, her music career remains iconic, even over a decade after her first (and so far, only) album Paris and the cult classic hit "Stars Are Blind." She's also kept busy playing DJ sets around the world, and even put out singles every now and then, with her most recent masterpiece being the hilarious "Best Friend's Ass." It's no Simple Life, but every Paris Hilton fan can agree, it's something!