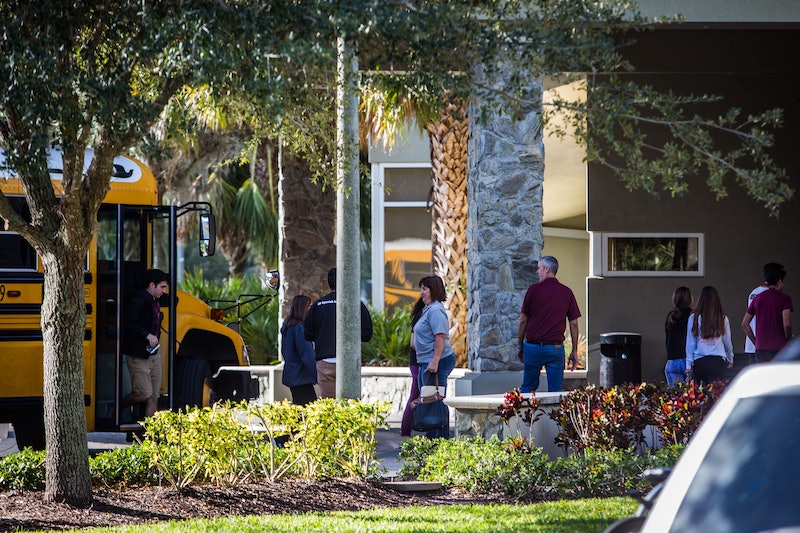 The community of Parkland, Florida, is grieving over another loss, with CBS Miami reporting Friday that that Parkland shooting survivor Sydney Aiello died by suicide over the weekend. She died a little over a year after surviving the deadly attack at Marjory Stoneman Douglas High School in February 2018.

Aiello's mother told CBS Miami that she had survivor's guilt, an adverse psychological reaction that some people experience after surviving tragedies in which others were killed. According to her mother, Aiello was diagnosed with post-traumatic stress disorder after the shooting, and struggled to attend her college classes because she didn't want to be in a classroom.

As many experts have noted, there are often multiple contributing factors to suicide, not all of which are always observable to friends and family. Aiello's mother told CBS News that she didn't ask for help or express a desire to end her life prior to doing so — underscoring the importance of checking in with loved ones about their emotional states when in doubt, even if they haven't actually expressed any suicidal thoughts.

“This is one of our greatest public health crises,” Dr. Kelly Posner, a Columbia University Professor and expert on suicide prevention, told CBS Miami. "We know we need to find the people suffering in silence." Posner is the lead scientist on the Columbia Protocol, a suicide prevention tool aimed at helping non-physicians help diagnose possible suicide risks in their loved ones.

Ryan Petty, whose daughter Alaina was killed in the Parkland shooting, agrees. After the shooting, he and his wife founded a school safety non-profit called The WalkUp Foundation, and their organization has collaborated with Posner in tackling teen suicide at the community level.

“Some of the questions that need to be asked are: Do you wish you were dead and [would] not wake up?," Petty told CBS News. "Second question — have you had thoughts of killing herself?”

Other potentially life-saving questions concerned loved ones can ask, according to the Columbia Protocol, include "have you been thinking about how you might kill yourself?,” and "have you taken any steps toward making a suicide attempt or preparing to kill yourself, such as collecting pills, getting a gun, giving valuables away, or writing a suicide note?”

Aiello's mother told CBS Miami was friends with Meadow Pollack, one of the 17 people who lost their lives in the shooting. In a statement released to NBC News, the Pollack family said that Aiello's death "is tragic, shocking and heartbreaking, and surely at least [a] significant part the result of the ripple effect of the MSD shooting."

"Parkland students have done an incredible job being out there and advocating for gun safety, but the sadness and distress are still there," Dr. Victor Schwartz, chief medical officer at a suicide prevention group called the Jed Foundation, told NBC News. "They and their families and support systems need to be aware of potential risk times," which he said include transitional periods, anniversaries of the Parkland shooting, and illnesses in the family.

As of this writing, a GoFundMe account for Aiello's family has raised over $36,000.