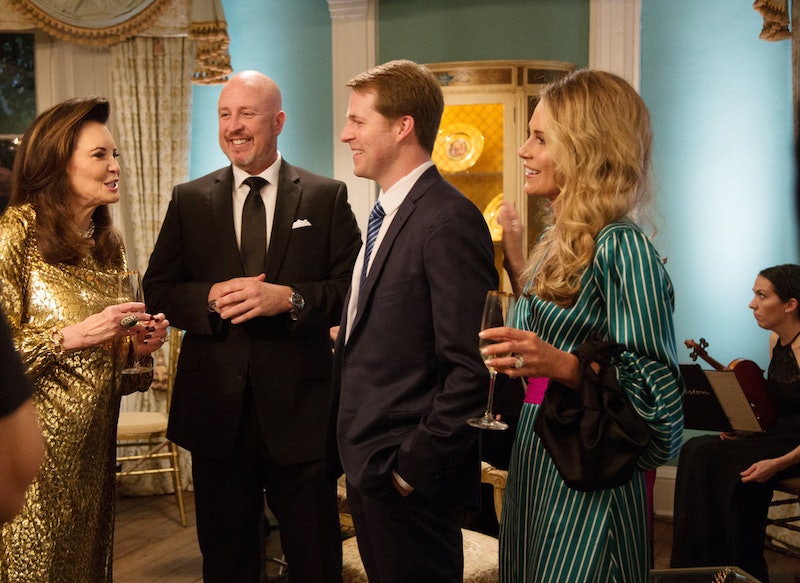 Can you believe that Southern Charm Season 6 is almost at a close? With all of the petty nonsense that went down this season, time really flew by. And the best, it seems, is yet to come, as Ashley crashes Patricia’s party on Southern Charm in the Season 6 finale. Ashley went from BFF to persona non grata in Patricia’s eyes very quickly over the course of the last year and the elder socialite has a lot of opinions about Thomas Ravenel's pesky ex.

The first trailer for Season 6 of Southern Charm showed a formal event in which Ashley had to be escorted out while screaming something about telling the truth. The bad blood between Ashley and Patricia isn’t just about one event, though — it goes way back to a falling out between Thomas, Ashley, and Patricia in 2018. Patricia doesn’t usually say too much in the public about her foes, preferring probably to just eradicate them from Charleston society, but she couldn’t resist when Ashley announced that she wouldn’t be returning to Southern Charm for Season 6.

Ashley either likes being a punching bag or really, really wanted a second chance on television, because she tried, via Eliza Limehouse, so hard to get on the show to pretend to apologize for all the mean things she said about Kathryn last season. Let’s give Eliza the benefit of the doubt because she is new to the show and maybe, just maybe, didn’t know what she was unleashing.

Patricia, though significantly older than the rest of the cast, wasn’t going to shy away from giving Ashley a piece of her mind and getting in on the drama. “[Ashley] made no bones about the fact that she was coming for me," Patricia told Entertainment Tonight. "In fact, I think the words were 'gunning,' she was gunning for me. So, as we know, I don’t put up with any drama or misbehavior if I can help it."

Patricia also answered plenty of questions on Twitter about Ashley filming for the show, and man, this woman is not going to play nice. And I suppose, why should she? Ashley has attacked Patricia on Twitter and attacked everyone Patricia loves IRL, so what's the point? Ashley would do best to move on at this point, because everyone else has — without her.