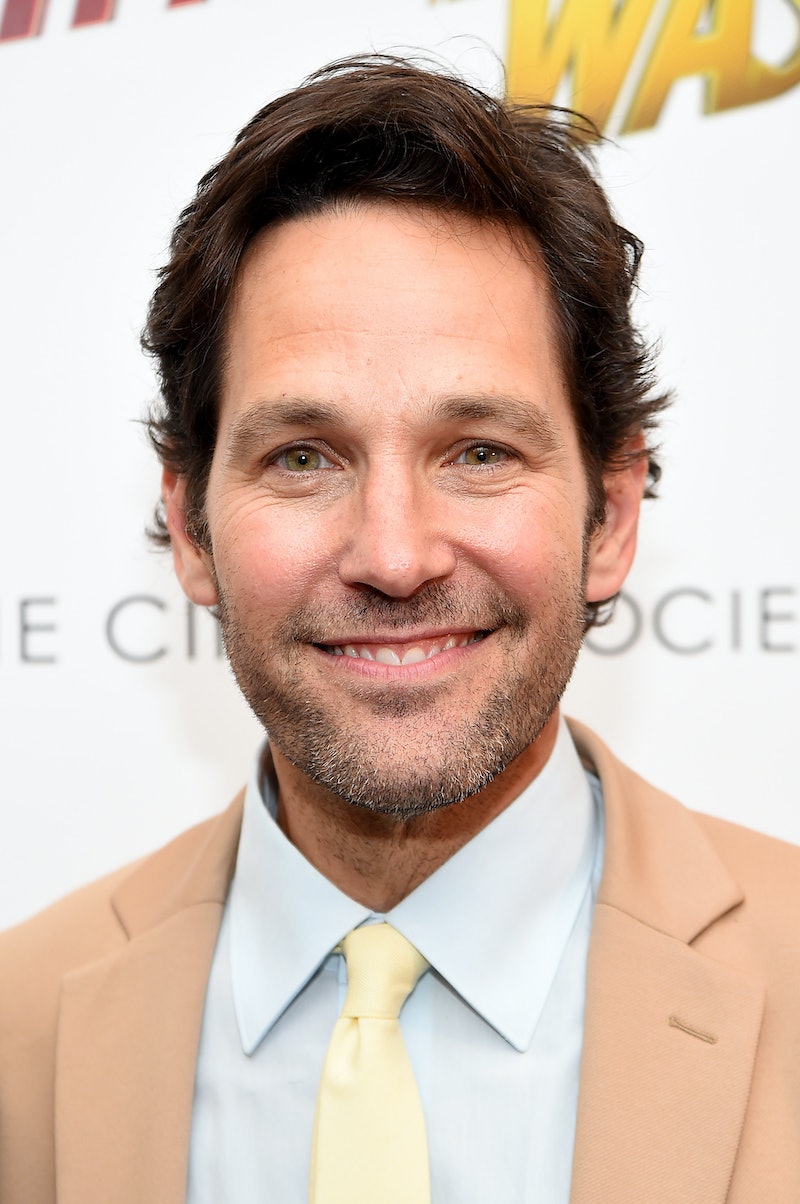 Just call it the one where everybody wants to know how Phoebe's doin'. More than 14 years post-finale, Friends fans still ask Paul Rudd about Phoebe, the actor revealed during a Good Morning America appearance on Thursday, June 28. Rudd played Phoebe's husband Mike in the NBC sitcom. OK, so they're both fictional characters, but friends (and Friends) will always be there for you regardless, right? Mike and Phoebe forever!

Currently promoting his latest lead role in Marvel's Ant-Man and the Wasp, Rudd has been in the acting game for decades (which, of course seems impossible since he never seems to age, according to that famous meme). But when GMA host Robin Roberts asked him which of his dozens of characters gets him the most recognition while he's out in public, he said that three did come to mind.

"It's changed over time," he revealed. "Usually if I'm walking down the street now, people just go, 'Ant-Man.' And then every once in a while they'll say, 'Slap the bass.' They'll say that to me." That quote, of course, stems from his character's attempt to sound like a reggae musician in a scene from the 2009 romantic comedy I Love You Man. As noted by his onscreen love, played by Rashida Jones, his accent was hilariously much more akin to that of a leprechaun though.

"And then sometimes I'll get, 'How's Phoebe?'" Rudd added. "Those are the only three." (Um, not Josh from Clueless, too? To quote Cher, "Whatever.")

Although Rudd only appeared in 17 of Friends' 236 total episodes, his role on the beloved '90s series clearly made an impression. Aside from earning its place in the pop culture canon, the show has lived on through frequent re-runs and on various streaming services. Oh, and through all of those people who still can rattle off timeless Friends quotes.

Fans will never forget Rudd as Mike Hannigan (once briefly renamed "Crap Bag"), the character introduced in Season 9 as a love interest for Lisa Kudrow's Phoebe Buffay. Despite some ups and downs, the pair finally got their happily ever after when they married outside the crew's go-to coffee shop, Central Perk.

According to another guest star, though, that happy ending apparently almost didn't happen, and fans have Rudd himself to thank for the changing storyline. Hank Azaria, who played scientist David, another of Phoebe's boyfriends, told the Huffington Post that his character that was supposed to end up with the "Smelly Cat" singer.

“The plan always was kind of to bring him back,” Azaria told the Huffington Post in 2016 of David, who put his relationship with Phoebe on hold for a career opportunity in Minsk. “I think, honestly, what happened was Paul Rudd is so awesome that they sort of found a groove with him and [Mike] became more of just the grist for that mill as opposed to the other way around."

Admitting the "sort of sad" slight towards David "did sting a little bit," Azaria couldn't fault producers for falling for Rudd's charms and sang his fellow actor's praises to the Huffington Post:

“He certainly has gone on to prove that he was comedically deserving of Phoebe’s love. He’s a handsome devil. He’s actually annoyingly handsome. He shouldn’t really be allowed to be that handsome. He’s like the Tom Brady of comedy.”

Of course, Kudrow wasn't Rudd's first onscreen love interest from the Friends cast. After meeting Jennifer Aniston years ago when they were both trying to launch their respective acting careers, the pair went on to first star together in the 1998's The Object of My Affection.

“Jennifer [Aniston] is somebody that I had known for years before Friends," Rudd told People in 2015, listing his role in The Object of My Affection as one of his all-time favorites. “We had a conversation, like, ‘Could you imagine at 21 you and I in a movie together playing these lead parts?’

He and Aniston went on to reunite once again as a husband and wife in another comedy, 2012's Wanderlust. At that point, they'd been pals for more than two decades, so in an interview that year, GQ asked them if it ever felt weird to lock lips onscreen. "Nah. I’ve kissed him for years," Aniston joked, while Rudd chimed in, "We’ve made out for decades."

No matter how much time passes (or how often he's made out with Aniston), fans clearly still remember Rudd as Mike from Friends — and apparently want to know how his onscreen wife Phoebe is doing.

More like this
Man Meets Politics: ‘Boy Meets World’ Star Ben Savage Is Running For Congress
By Jake Viswanath
'Friends' Star Maggie Wheeler Offers Support To Matthew Perry After Reading His Memoir
By Alyssa Lapid
'That '90s Show' Star Callie Haverda Got Advice From Mila Kunis & Ashton Kutcher
By Brad Witter
Mel B Thinks These Celebs Should Play Them In A Spice Girls Movie
By Alyssa Lapid
Get Even More From Bustle — Sign Up For The Newsletter
From hair trends to relationship advice, our daily newsletter has everything you need to sound like a person who’s on TikTok, even if you aren’t.