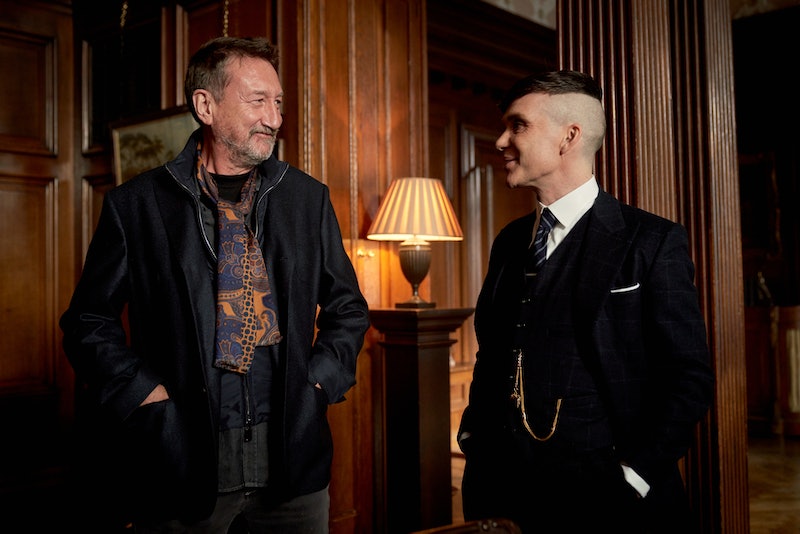 In an exclusive interview with the new official Peaky Blinders website, he spoke about the upcoming season — the production of which is one of the many stalled by the coronavirus crisis. "I always say this," he says, "but I think this will be the best series yet." Discussing how the lockdown affected the upcoming season's schedule he adds, "obviously the main concern is for everybody's safety. Once we're certain that we can make the show and keep everybody safe, we'll start."

Wrangling production crew, writers, actors, locations, and all of the intricate elements involved in producing a show as huge as Peaky Blinders is no mean feat. As a result of the delays, they've had to tighten up storylines and make amendments for it all to work. "We've had to change a few things because of actors' schedules. I've been through the scripts, so some things have changed," says Knight. "I think, for the better."

Although the cast, crew, and of course creator are remaining tight lipped on what's going to happen in the next season, a few tidbits have been shared. Speaking in a live video interview with Digital Spy, director Anthony Byrne revealed that the series will kick off exactly where we left it. "The very first image you will see will be back in that field… Tommy, with a gun to his head," he says. "Then, we will move on from there, we resolve that amazing moment… it’s great."

Although it's not clear when season six will air, but Byrne says they hope to shoot it in early 2021.

More like this
'The Last Of Us' Has Officially Been Renewed For Season 2
By Darshita Goyal
Turns Out George Clooney Is A Huge Fan Of This Classic British Game Show
By El Hunt
Rupert Grint Just Shared A *Major* Update About Ron Weasley’s Future
By El Hunt
Con O'Neill Was Connected With Sarah Lancashire Long Before 'Happy Valley'
By El Hunt
Get The Very Best Of Bustle/UK
Sign up for Bustle UK's twice-weekly newsletter, featuring the latest must-watch TV, moving personal stories, and expert advice on the hottest viral buys.