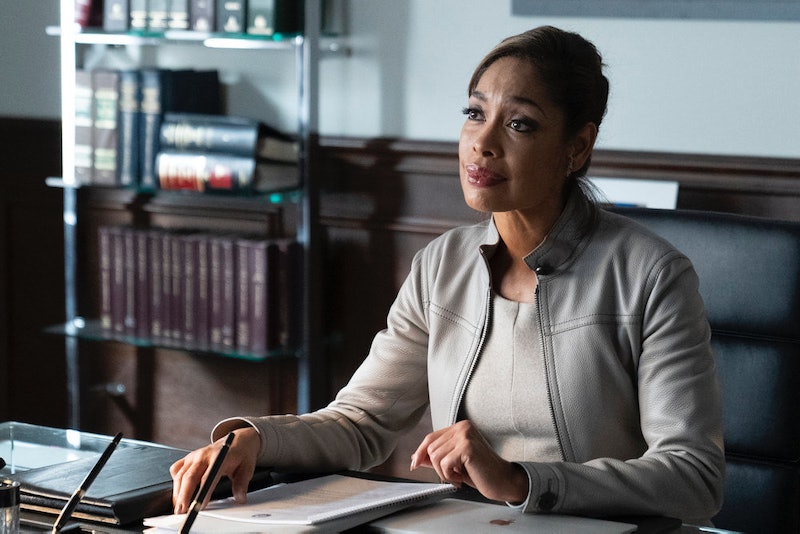 The long-awaited Suits spinoff, Pearson, premiered this summer starring Gina Torres as her character from the original show, Jessica Pearson. Only this time around, she's moving away from being a lawyer in New York City and diving head on into the world of Chicago politics. Suits is about to end after a nine-season run, so if you're a fan of the that universe, you're probably wondering if Pearson will return for Season 2.

Update: On Nov. 1, USA announced that it was cancelling Pearson after one season.

If there is a Season 2, there's also the question of when it will premiere. This season of Pearson premiered on July 17, as did the final season of Suits. But, for Seasons 2 through 8, Suits seasons aired in two sections: one in the summer and one in the winter or early spring. While the current seasons of Suits and Pearson are both ending in September, if Pearson is to get a second season, it could start in the winter/early spring since there is now an opening available. It would also make sense if Pearson followed the schedule that Suits fans have become accustomed to.

The final ten-episode season of Suits was announced back in January. The news came after a major casting shakeup ahead of Season 8. Stars Patrick J. Adams and Meghan Markle left after Season 7. "There was this natural sense that we both knew that the time had come for both of us," Adams told The Hollywood Reporter. (For obvious reasons for Markle.) Torres left during Season 6, but returned in Season 7 to set up her spinoff. Katherine Heigl and Dulé Hill were both added to the show during this time. So if Pearson isn't renewed, this might be the beginning of the end of the Suits universe. Then again, there is definitely still hope for the renewal given all of the enthusiasm for the show behind the scenes.

Speaking to TV Line ahead of the Pearson premiere, Torres explained that she hadn't wanted to come back to the character at first, but started thinking about what Jessica might be up to and what her involvement in politics would look like in light of the 2016 election. Torres pitched the show herself and serves as an executive producer. On the new series, viewers get a much more in depth look at the character compared on how she was shown on Suits.

"Jessica Pearson is an enigma. She existed on Suits in a very, very specific way. You knew very little about her past, you knew very little about her present," Torres told TV Line. "There’s still so much to learn about her, her family, how she really processes her choices, and what she wants to do, and what it costs her at the end of the day, in real time. So that’s exciting for me. We get to see her as a whole person, not just as someone that sort of exists to keep her firm alive." So if Pearson is renewed for Season 2, there's still plenty to explore with Jessica Pearson.

This article was originally published on Sep. 18, 2019