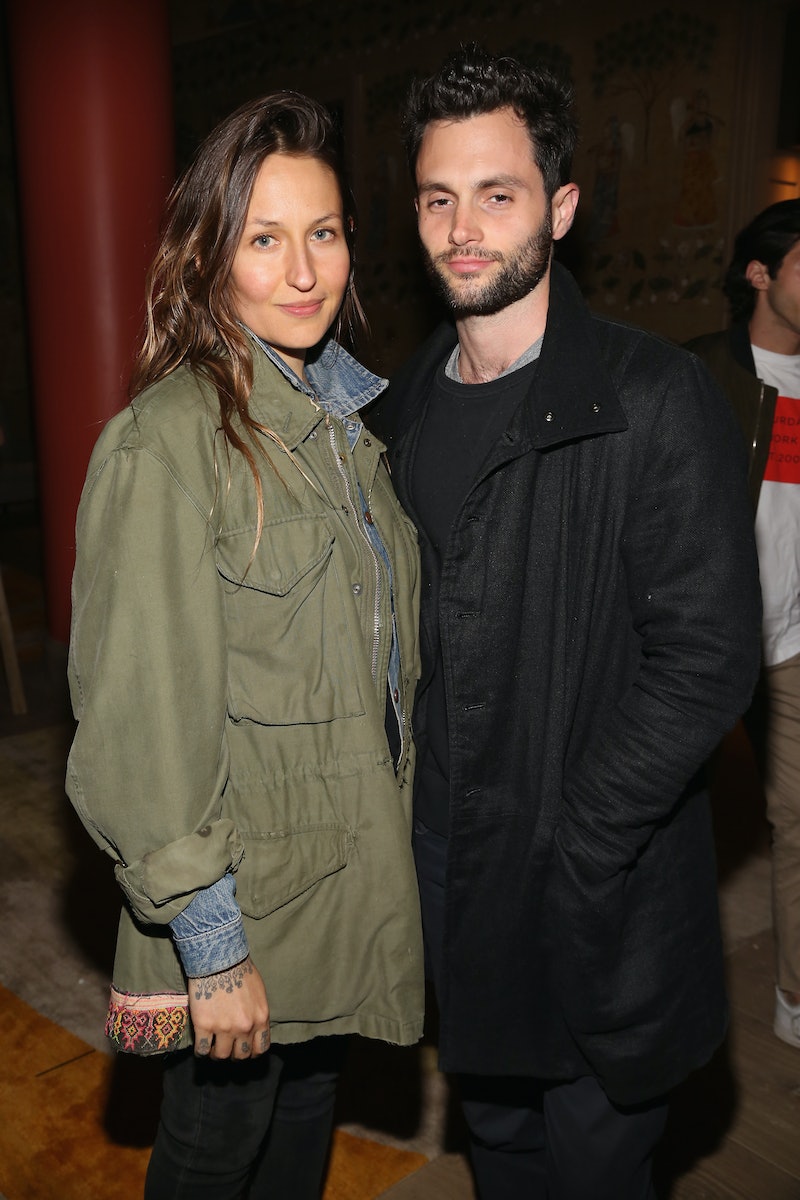 It seems art is once again about to imitate real life. On Monday, Feb. 10, news broke that Penn Badgley and Domino Kirke are expecting their first child together, though the road to getting here wasn't always easy. Kirke announced the news in a post on Instagram, which showcased her growing baby bump and revealed the multiple miscarriages she and Badgley have experienced in the past. However, despite all the heartache that led to this moment, the couple are more excited than ever to welcome a new addition into their family.

"On the road again... pregnancy after loss is whole other thing. After two miscarriages in a row we were ready to call it," Kirke, who is a practicing doula, wrote in the caption of her post. "I stopped trusting my body and started to accept the fact that I was done. As a birth attendant, I’ve seen and heard it all. It takes everything I’ve got to detach lovingly from the losses I’ve been present for and be in my own experience."

Kirke goes on to explain how, when she first became pregnant at the age of 25, she had no sense of community, but now with 10 more years of learning and growing under her belt, she's more thankful than ever for the support system she's built. "I treasure my birth community and the knowledge I have," she added. "You’re already teaching us how to stay in the day in a way we’ve never had to, little one. Thank you."

Interestingly enough, this news comes on the heels of YOU Season 2, which concluded with Badgley's character, Joe Goldberg, learning that he was going to be a father. Thankfully, though, it seems Badgley himself is much more up to the task than perhaps his on-screen counterpart will be. Kirke is already a mother to a son named Cassius, whom she shares with an ex-partner and Badgley has already proven to be "a really good stepdad" to the 10-year-old boy since the two of them got married in 2017.

“He doesn’t have to be ‘dad’ so he can have more fun with him. It’s really nice," Kirke told Us Weekly back in October 2019. "The stepparent thing is definitely unchartered territory for me cause I didn’t grow up with one, but … he takes care of him really well."

As of now, Kirke didn't reveal when exactly her due date will be, though she did take some time during her latest round of Instagram Stories to pay tribute to their first baby they share together: their adorable pup. If a picture really is worth a thousand words, this one offers up more than enough proof that they'll make for terrific parents. Congratulations to the happy couple!