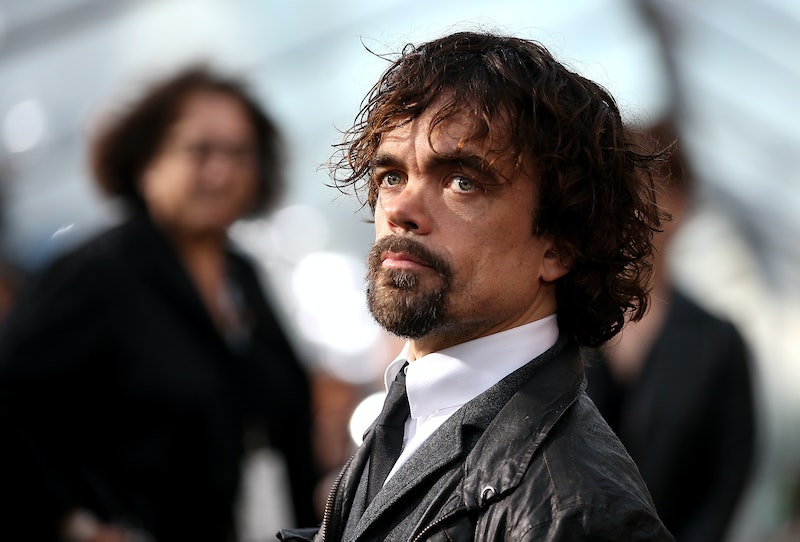 If you're the star of a show as successful as Game of Thrones, no one would blame you if you chose not to stray too far from the series. After all, there are worse things than being associated with a beloved character on a hugely popular TV show; why bother chasing other, different roles when you can rest your laurels on one serious achievement? Yet for Peter Dinklage, the success he's earned from playing Tyrion Lannister hasn't stopped him from taking on a variety of parts, each as different from his GoT character as it gets.

"I’m on a TV show with a specific character, and I don’t want to do that on my time off," Dinklage tells me, speaking while at the Sundance Film Festival. "Some actors get very popular at doing one thing, so they just do that, and that’s fine, they make a great living and all that, but that bores me. I would rather just change it up."

In his latest movie, the suspenseful drama Rememory, Dinklage plays Sam, a man set on uncovering the truth behind an unsettling murder. The character is shrouded in mystery; his motives only become clear in stages throughout the film. But even though Sam is as much as an enigma as the murder itself, Dinklage's performance makes him utterly compelling. The actor takes on the role with total intensity, and it's easy to see why Rememory director Mark Palansky wrote the part specifically for Dinklage, his longtime friend and collaborator.

"The film needs an actor who allows us into his face and his life in a way that not all actors do — most do not, even great ones," says Palansky, speaking alongside Dinklage. "I think that Peter’s not only one of the best actors working today, but I think there’s also a quality to his work that allows the audience to step inside, and be a part of it."

The duo, who have what they describe as a "dark revenge film" in the works, have collaborated on projects several times before; Rememory marks their second time on set together. Their closeness is sweet — they adorably call themselves "life partners" and muse over a couple name ("Dinklansky" is the final choice) — but more so, it's evidence of a rare director-actor dynamic that neither man takes for granted. "To me, Peter’s my lead. I want to build movies around him," says Palansky, before adding jokingly: "Otherwise I’ll hear about it the next day in the morning."

Both men are passionate about Rememory, a near-future thriller about, primarily, the creation of a device that can record and replay a person's memories. It's a thought-provoking film that'll pique any Black Mirror fan's curiosity, with a central mystery that attracted its star. "I’m such a fan of noir and mysteries and all of that, the ones that are done well, and I love the fact that this character, he didn’t sign up to solve a mystery, he was put in this situation," Dinklage says.

And while the characters in the film choose to relive their memories or those of their loved ones using the device, the actor says adamantly that he wouldn't partake in such an activity, if it were possible. "To completely relive the exact thing is... unhealthy for someone like me," he says, before adding with a laugh, "I would just slap my younger self and I don’t want my younger self to be slapped."

It's a good thing that Rememory is (at least for now) pure science-fiction, a way of experiencing something totally new for both audiences, and its versatile star.