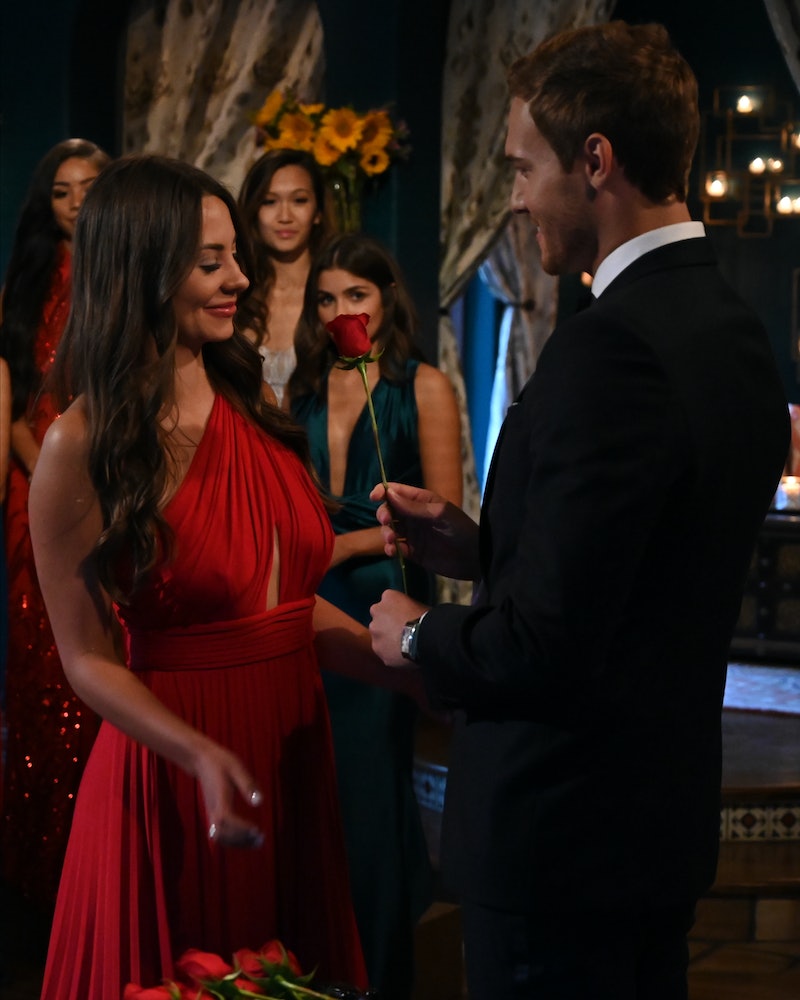 Peter Weber is done beating around the rose bush and he's finally ready to set the record straight when it comes to his current relationship status. While speaking on Nick Viall's podcast, The Viall Files, as per E! News, Peter addressed the rumors that he's dating Kelley Flanagan, telling fans how the two of them ended up reconnecting after The Bachelor filming was over.

"My relationship with Kelley has been... serendipitous," Peter explained to Nick, recalling how the two of them randomly first met prior to the show and kept bumping into each other once the season wrapped. "A couple weeks ago, I'm out with Dylan [Barbour] and Devin [Harris] and I was texting Kristian [Haggerty], asking her if she wanted to come out with us," he explained. "She's comes out with us, she's with Kelley." For Peter, it was kismet, and that's when he decided to start doing something about it. "I see Kelley again... jaw drops," he recalled. "We chat, we end up hanging out and that's when I got her number. We started to communicate and just stay in touch."

As for their official relationship status? Peter admits that while they aren't romantically together now, he's definitely not opposed to the idea somewhere down the line. "We're not dating," Peter confirmed. "Could I see that in the future? Yeah, of course. I'd be extremely lucky and very happy if that happened."

Peter just got out of a serious engagement with his former Bachelor winner Hannah Ann Sluss and then proceeded to makeup — and subsequently breakup — with his runner-up Madison Prewett. So it makes sense that the pilot would want a little time before jumping back into yet another relationship again. "That's why right now, I'm just taking it really, really slow," he added.

That hasn't stop the two from spending plenty of time together, though. In fact, Peter and Kelley have been quarantining together for a few weeks now in Chicago, which has allowed them some time to get to know each other better. "We've always gotten along really well, and had really good chemistry," he stated. "We just enjoy each other's company. I just decided to quarantine up here with Dustin as well."

Based on the TikTok videos alone, the two of them appear to be having a great time together. So while they may not be ready to put a label on their relationship just yet, it seems Peter has finally decided who he really wants to give that final rose to after all.