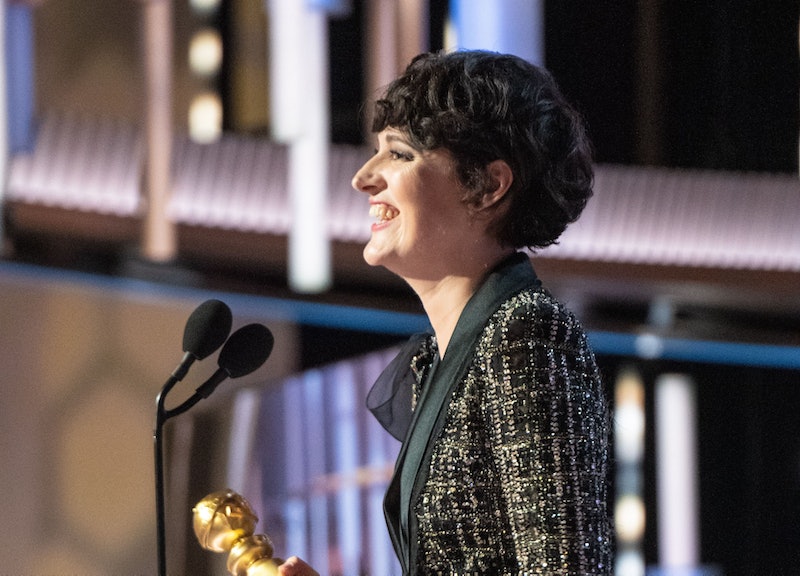 The 2020 award season has officially begun, and one Brit certainly had the time of their life at last night’s Golden Globe Awards. Unsurprisingly, the brilliant mind behind Fleabag and Killing Eve was nominated in a number of categories, two of which she won. And Phoebe Waller-Bridge’s Golden Globe speeches were iconic as ever, featuring shout outs to a former U.S. President and a certain Hot Preist.

Fleabag’s infatuation with Obama became the talking point of the night, continuing into a short interview with Entertainment Tonight. When asked whether Obama made “all this happen,” Waller-Bridge humorously replied: “He made a lotta things happen for a lot of people.” True that. “He’s one of the most impressive people in the world,” she continued, “so to have that stamp of approval was really exciting.”

During the first speech, she continued by thanking those involved with the show and, of course, the fans. “A huge thank you to everyone for supporting us so much. It’s all a bit gross but we all became best friends, which is ironic because the show is about such a lonely lady.”

Fan interaction was also a topic during the cast’s press room speech, where Waller-Bridge and the rest of the Fleabag cast answered some quick questions before heading back into the ceremony. “Fleabag fans, for being such a sort of out there show, [the] fans are incredibly polite and always apologising for coming up,” she explained. “But my favourite thing that happens, when walking in London in particular, and I walk past usually a woman — but it happens with men occasionally — and I just get this look [which] means like, ‘I know you and you know me,’ and we’re all Fleabags and that’s just the nicest feeling in the world.”

During her second speech, in which she accepted the award for Best Performance by an Actress in a Television Series — Musical or Comedy, Waller-Bridge thanked the one and only Andrew Scott for the success of the second series. “There was a lot of talk about the chemistry of us in the show, but he could have chemistry with a pebble. I loved being Andrew’s pebble in this,” she said. “Thank you so much for bringing so much fire to this season.” Amen.

More like this
Joey Essex Is Rumoured To Be Dating A 'Love Island' Favourite
By Sam Ramsden
Molly-Mae & Tommy Fury Revealed Their Baby Girl's "Really Unusual" Name
By Sophie McEvoy and Sam Ramsden
Barney Walsh Has Been Linked With This Famous Miss World Winner
By Sophie McEvoy
'Love Island' Has Added Yet Another Bombshell To The Villa
By Bustle UK
Get The Very Best Of Bustle/UK
Sign up for Bustle UK's twice-weekly newsletter, featuring the latest must-watch TV, moving personal stories, and expert advice on the hottest viral buys.