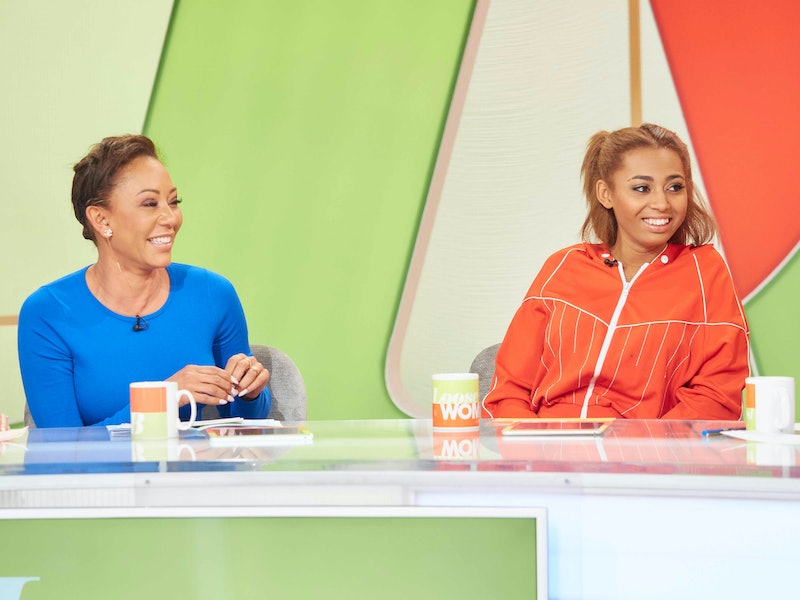 From their extravagant holidays to their incredible wardrobes, celebrity offspring are "it kids" from the moment they're born. Some of these famous children really do give new meaning to the word "blessed." They're living their best lives, travelling the world from a young age and sharing snaps of their amazing lives on social media. And one Spice baby is no exception. Phoenix Brown's Instagram shows Mel B's daughter is someone you'd probably want to be friends with.

Of course the offspring of a Spice Girl would lead a pretty special life. Think about the Beckham dynasty — absolute goals. Mel B's daughter Phoenix Brown has an Instagram that totally cements her as the resident cool girl amongst the Spice babies. The first thing to note about Brown's Instagram is the serious sense of style that she displays. I would describe her style as street chic and there are several snaps of her in oversized 'fits, sporting joggers paired with crop tops. And Brown's fashion sense isn't the only laid-back thing about her insta, she also uses the app to share lots of pictures of her chilling with family and friends.

But the most enviable part of Brown's Instagram, is for sure the locations in her photos. While she doesn't tag the specific places, most of her snaps are taken outside and almost every single one shows the brightest blue skies. According to OK, she spends a lot of her time in L.A., which makes total sense given the sunny backdrops to Brown's snaps. Some posts also feature palm trees in the sun, which is quite a long way away from Mel B's native Leeds. Meanwhile, back in the grey U.K. the rest of us are trying our hardest to work with any ray of light to capture that quality 'gram content.

What is also clear from Brown's Instagram, is just how close she is to mum Mel B. Brown recently posted photos of her as a baby with her mum captioned: "Happy Mother’s Day to my ROCK. God knows where I’d be without you. I love you to the moon and back babygirl." Seriously heartwarming.

Mel B told You magazine the two moved to LA in 2000 (when Phoenix was just a year old) but Brown is a British girl through and through. In her Instagram profile pic she's got a packet of Monster Much (Pickled Onion flavour, of course) in her mouth. Iconic. Mel B raised a real one.

As for what she's up to at the moment? Brown is set to appear on Channel 4's new TV show Born Famous, alongside other celebrity children like Gordon Ramsay's son Jack and Michelle Mone's daughter Bethany. The show's producers told the Evening Express that "each privileged teen will be paired with a local teenager to discover how their lives would have turned out if their parents hadn’t had the opportunities that came their way." According to Entertainment.ie Brown will be seen heading back to her mum's hometown Hyde Park in Leeds to spend time with her grandmother and Aunt and even work a shift at the pizza shop where her mum worked. This sounds like a show you really don't want to miss.

You can catch Born Famous with Phoenix Brown at 10 p.m., August 12 on Channel 4.