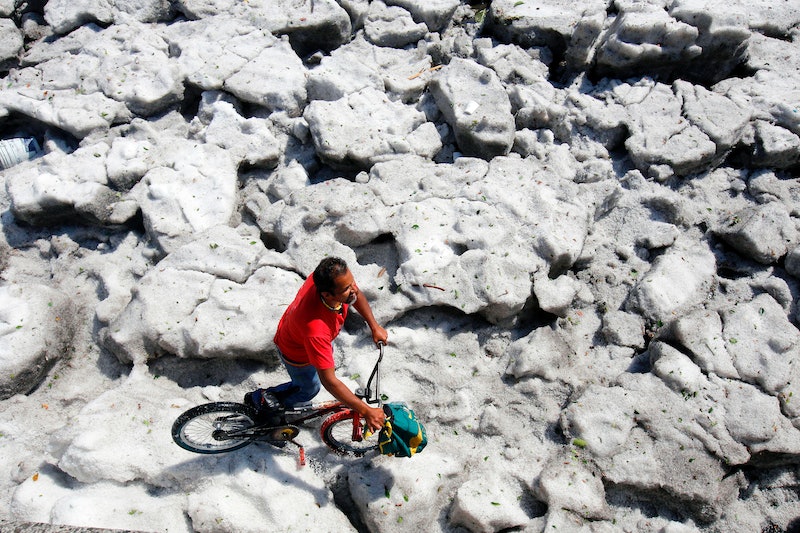 Snow angels in a city in southwestern Mexico in July might seem like something out of a children's fantasy book, but this was an actual possibility that residents of one such city woke up to on Monday morning. Photos of a hail storm in Guadalajara, Mexico drew fascination and disbelief from both residents and international observers, streets were buried in up to 5 feet of ice.

"I've never seen such scenes in Guadalajara," said Enrique Alfaro, the governor of the state where the city is located, according to the AFP. "Then we ask ourselves if climate change is real. These are never-before-seen natural phenomenons. It's incredible."

The storm hit overnight, with all of the hail falling between about 1:50 a.m. and 2:10 a.m. local time, according to the BBC. While authorities have not reported any injuries or deaths from the freak storm, it did sweep away and damage numerous vehicles and homes. Once the hail began melting, a flood began because of all of the excess water, as The Washington Post wrote. Civil Protection forces were soon out in the streets trying to clear out the streets and pump away flood water, according to The Post, but the sheer amount of ice in the street meant it was still there for some of Guadalajara's 5 million residents to come out and see it in their neighborhoods.