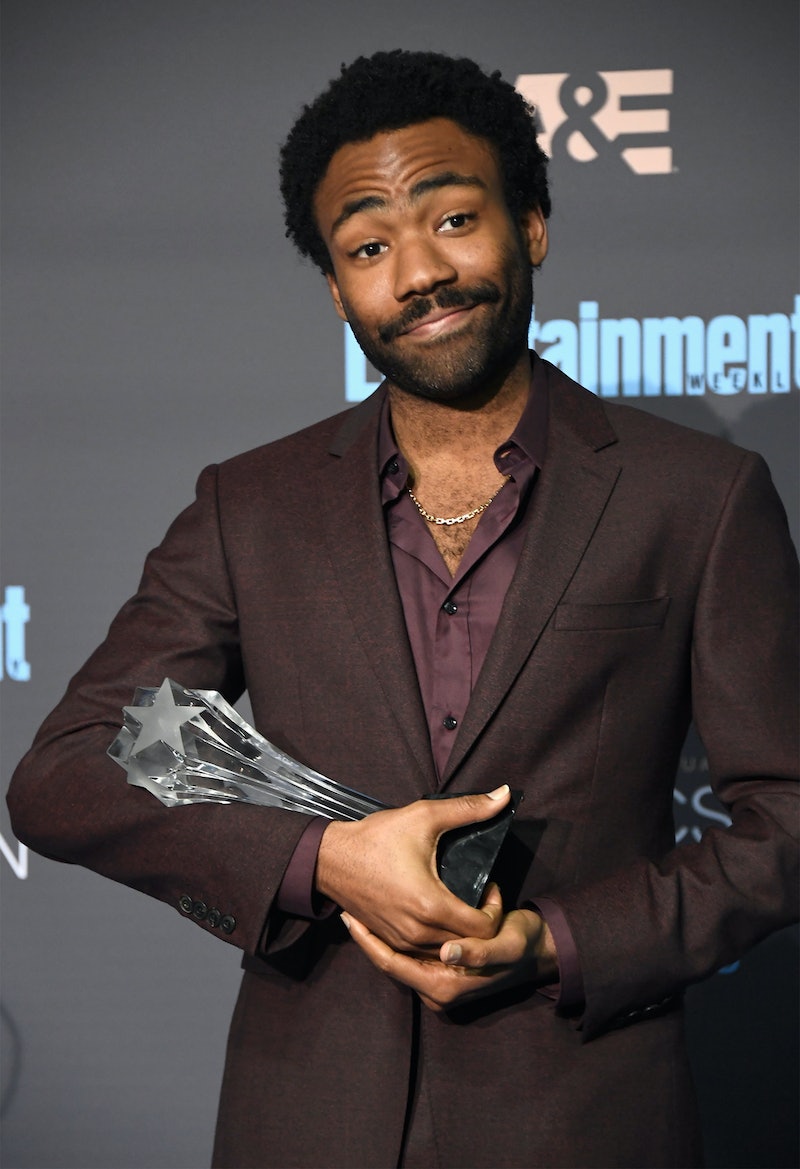 Donald Glover's 2016 was better than your 2016. This past year, Glover premiered his hit comedy Atlanta, landed a role in the Han Solo movie, and reportedly became a father. But, if you were hoping that 2017 would be the year we'd get to see photos of Donald Glover's baby, you should probably rethink your expectations for the New Year and maybe learn to settle for an image of Glover as a young Lando Carlissian. That's because public photos of Glover's baby don't exist, and they probably never will.

Ever since news broke in October that Glover and his girlfriend had welcomed a child together, Glover has remained tight lipped on the subject of his new baby. His or her birthdate hasn't been released, though it's believed to have been sometime in January or February, and Glover's girlfriend's name has not been released to the press, and neither has his child's. So if you're thinking Glover's about to start posting photos of his #NewDadLife on Instagram, think again. For one thing, the actor, who has verified social media profiles on both Instagram and Twitter under his musical stage name Childish Gambino, has been MIA on social media for years. Furthermore, Glover might be willing to share his characters with us on the screen, but he draws the line at opening up his private life.

Glover doesn't just like his privacy, he seems to enjoy cultivating a sense of mystery around his public persona. "A lot of people don't understand me, which is good. I don't give a f*ck," he said in an interview with New York Magazine, via Vulture, in August of 2016. That said, since news of his fatherhood broke, Glover has been asked more specifically about his personal life. And, occasionally, he has answered, though perhaps not in the detailed, specific way we've become accustomed to. Asked about his newfound fatherhood, Glover refused to divulge any personal details, choosing instead to stay purely philosophical. "It's something everybody grapples with: why we're programmed the way we're programmed. A child is information. You're programming this thing," Glover told Billboard. "At the end of the day, all you can really do is plant a seed that you're not going to see grow into a tree." You casn all make of that what you will.

Who knows whether or not we'll ever get to see photos of Glover's baby. (It should be noted that the point could be, and has been, made that the public does not have the right to ask.) Let's all be happy for Glover and his family, whether we see photographic proof or not.