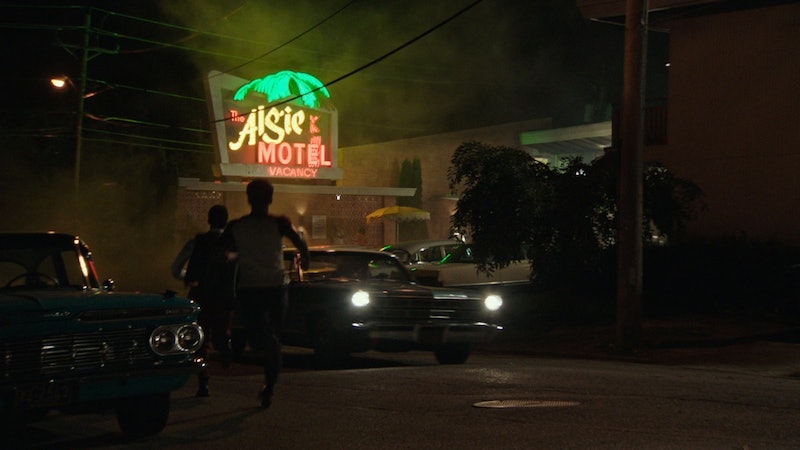 In Summer of 1967, Detroit was overcome by riots that lasted four days. These real events provide the backdrop for Kathryn Bigelow's new film, Detroit, a movie that focuses on one aspect of the rebellion, specifically what happened at the Algiers Motel on the night of July 25. Inspired by real events, the film is not a completely faithful retelling of history, but as these photos of the real Detroit people vs the actors shows, they certainly captured the true spirit of the horrific events.

The Algiers Motel incident portrayed in Detroit occurred on the third night of the riots, July 25. After hearing gunshots coming from the motel, local police and security stormed the Motel. Unable to find a gun, the white policemen held 12 occupants hostage, 10 black men and two white women, beating them through the night, eventually resulting in the death of three men. Many of the victims of the Algiers Motel were strangers to each other and as the incident has faded into history, photos have become hard to come by. But there are a few, thanks to newspaper records and museums and community projects like the Detroit 67 Project of the Detroit Historical Society.

Fred Temple, Aubrey Pollard, and Carl Cooper were just teenagers when they were shot and killed in the Algiers Motel — Temple was 18, Pollard 19, and Cooper 17.

Jacob Latimore (on the left) plays Fred, a young man who takes refuge at the Algiers with his best friend, Larry.

Nathan Davis Jr. played Aubrey, just another teenager staying at the Algiers. Police officer Ronald August was tried for first degree murder, though he claimed he shot Pollard in self defense. An all white jury found him not guilty.

Pictured in the top left photo, Dismukes was working as a local security guard when he heard the gunshots coming from the Algiers. He accompanied the police to the motel, and was present for some of the night. However, his alleged involvement in the beatings or shootings of the victims remains disputed. Dismukes, who spoke to Bigelow about the incident to help craft the script, claims he was not involved in the violence, though he did witness it, and he even appears in promotional material for the film.

John Boyega plays Dismukes in the film. He is the only character in a position of authority at the motel who shares his name with his real life counterpart. The other three white police officers present, Ronald August, Robert Paille, and David Senak, also appear in the photo with Dismukes. However, in the film they are named Demens (Jack Reynor), Flynn (Ben O'toole) and Krauss (Will Poulter).

Larry Reed was the lead singer in The Dramatics, seen in the top left photo above. Reed (third from the left), survived being beaten and threatened at the Algiers Motel. In the film, he is played by Algee Smith, seen below (first man on the left) with the rest of the Detroit Dramatics.

Reed actually met Smith during filming, and the two recorded a duet for the official Detroit soundtrack, "Grow."

None of the Detroit actors are truly identical to the real people they are meant to portray, but they do share a similar innocence that, once seen, is impossible to forget.