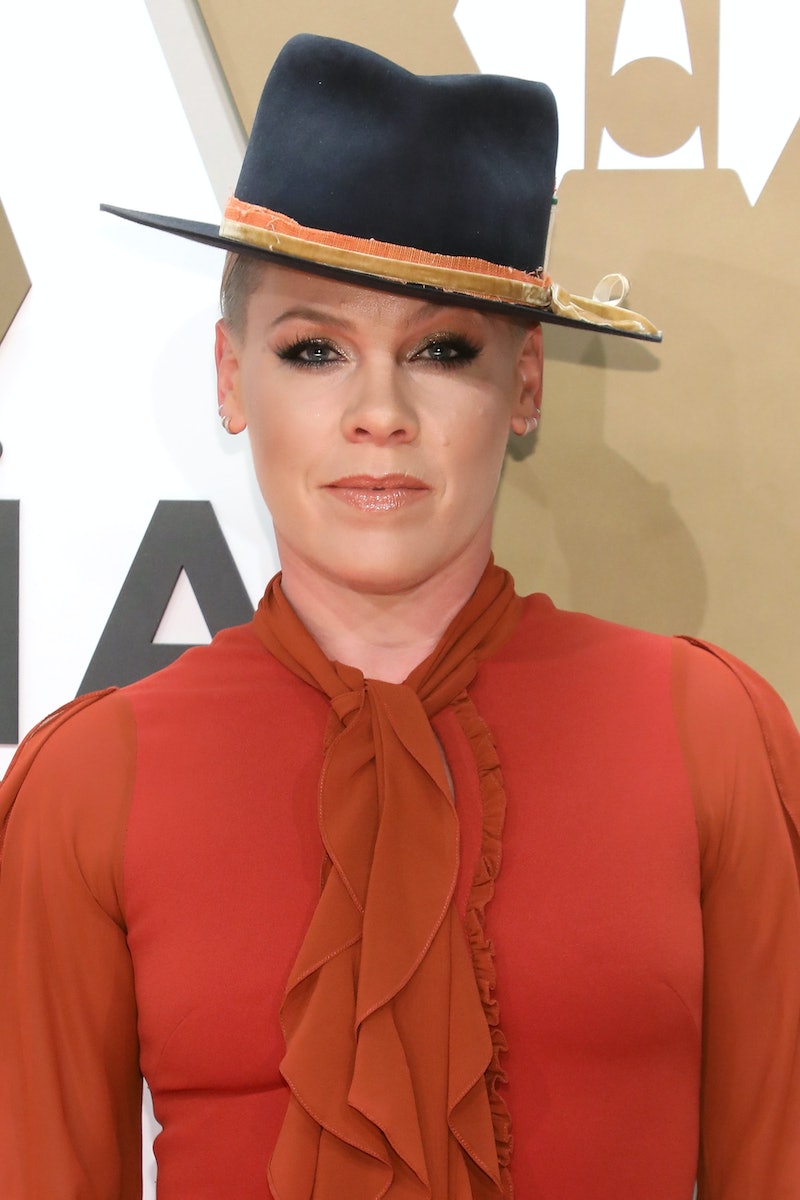 Since September, Australia has been battling devastating wildfires that have burned millions of acres of land, destroyed thousands of homes and resulted in the deaths of both people and animals. In response to reports about the devastation, Pink has pledged $500,000 to help battle the Australian wildfires, and encouraged all of her social media followers to do what they can in order to help the people affected by the ongoing blaze.

"I am totally devastated watching what is happening in Australia right now with the horrific bushfires," the singer wrote on Twitter on Jan. 4, adding, "I am pledging a donation of $500,000 directly to the local fire services that are battling so hard on the front lines. My heart goes out to our friends and family in Oz." In addition to sharing her pledge with her followers, Pink also shared a list of local fire services throughout the country, and encouraged others to donate to support the people who have been working for months to put out out the wildfires.

According to CNN, 18 people have died as a result of the fires, which are said to be the worst wildfires that the country has seen in decades, with Billboard reporting that 12.35 million acres of land have been destroyed since "fire season" has begun. Even worse, the fires have reportedly taken an even bigger toll on the country's wildlife; ecologists based at the University of Sydney estimate that almost half a billion animals have been killed by the fires, and nearly 30 percent of the koala population has been wiped out in New South Wales alone, where the fires have been the worst.

"Please join me in supporting those affected and visit the link in my bio to donate to the Red Cross Disaster Relief and Recovery Fund. All donations will support affected families and the community during this disaster." Kerr also shared her gratitude for the "brave fire fighters and community of volunteers" who have been working to put out the fires in her post.

In addition to donating, several Aussie celebrities, like Rebel Wilson and Iggy Azalea, have raised awareness for the volunteers who have been rescuing and rehabilitating koalas since the fires began. "I loved cuddling our gorgeous Australian animals and we gotta work hard to protect them and our environment," Wilson wrote on Instagram, praising the efforts of the Featherdale Wildlife Park in Sydney for their efforts. Azalea also shared a photo of herself holding a koala — this one, from the Currumbin Wildlife Hospital in Queensland — and encouraged her fans to donate towards their rehabilitation.

"Did you know over 30% of the Koalas natural habitat in NSW has been destroyed by the bushfires Australia is currently battling?" Azalea captioned the post. "The saddest part is, that’s not even the biggest threat to their survival. Please donate if you can guys, anything helps."

As Australia enters some of the hottest months of the summer and the fires rage on, it's clear that celebrities are doing whatever they can to help raise money and awareness for all of those who have been affected by the devastating blaze.