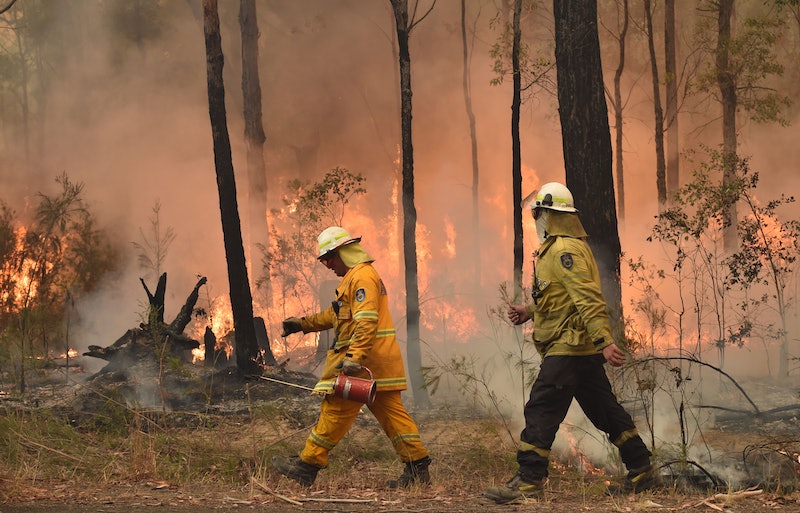 Over the festive season and into the new year, news has continued to break about the devastation caused by bushfires in Australia. The country's fire season starts in September and it’s been reported that the wildfires at the end of 2019 and start of 2020 have been the worst in decades. People have lost their homes, animals have lost their habitat, and sadly some people have even lost their lives. However, just because you’re on the other side of the world doesn’t mean there isn’t anything you can do. Here’s how you can donate to help the 2020 Australian fires. Numerous charities and relief projects have been working to help manage the blaze and there’s some great ways you can get involved.

According to the Independent, the fires that have been spreading across Australia have killed at least 17 people and created a plume of smoke that covers an area thought to be bigger than Europe. The government has used military resources to help fire fighters control the flames and police are attempting to bring food and other supplies to those that need them. Natural causes are to blame for the fires and experts have said that climate change has made fire season in Australia worse.

The Salvation Army and Australian Red Cross are two charities working on the ground with people who have lost their homes in the bushfires. By donating to them you’ll help fund relief work. Speaking to ABC about the donations they’ve already received the Red Cross said, “our experience with emergencies shows that donations of money, where possible, help affected communities recover sooner.”

For information about other ways you can help victims click here.

The New South Wales Rural Fire Service is the organisation that is dealing with most of the wildfires. As well as providing advice for locals they’ve been trying to put out the fires. You can donate on their website using the support page. Andrew O'Dwyer and Geoffrey Keaton were two volunteer firefighters who died just before Christmas after they were sent out to a firefront and their car was hit by a falling tree. A fund has been set up for their families too.

Animals have also lost their homes to the fires. According to Sydney University, 500 million mammals, birds, and reptiles, including 8,000 koalas, have been killed. 300 baby flying foxes have been abandoned by their mothers trying to survive. Speaking to the Herald wildlife rescuer, Jenny Packwood said, “Mothers are abandoning babies at two weeks after birth because there's no food for them. Last week we had 300 come in, and we’ve been flat out feeding since then. I’ve never seen anything like this before — we’re calling it a starvation event.”

Wildlife charity WWF Australia have announced a bushfire emergency and are working to restore the habitats and save the species of animals most at risk. You can donate to them on their website. There’s also a Go Fund Me page that’s been set up to raise money for Koalas that have had their habitats destroyed. Wires Wildlife Rescue is another initiative which is mostly run by volunteers and is taking donations to help protect local wildlife.

For information about other ways you can help affected animals click here.

With January and February being some of the hottest months for Australia, it’s likely that firefighters and charities have an uphill battle on their hands to tackle the fires and deal with the fallout. It couldn’t be easier to donate to charities and the fire service working in the region.

This article was originally published on Jan. 2, 2020