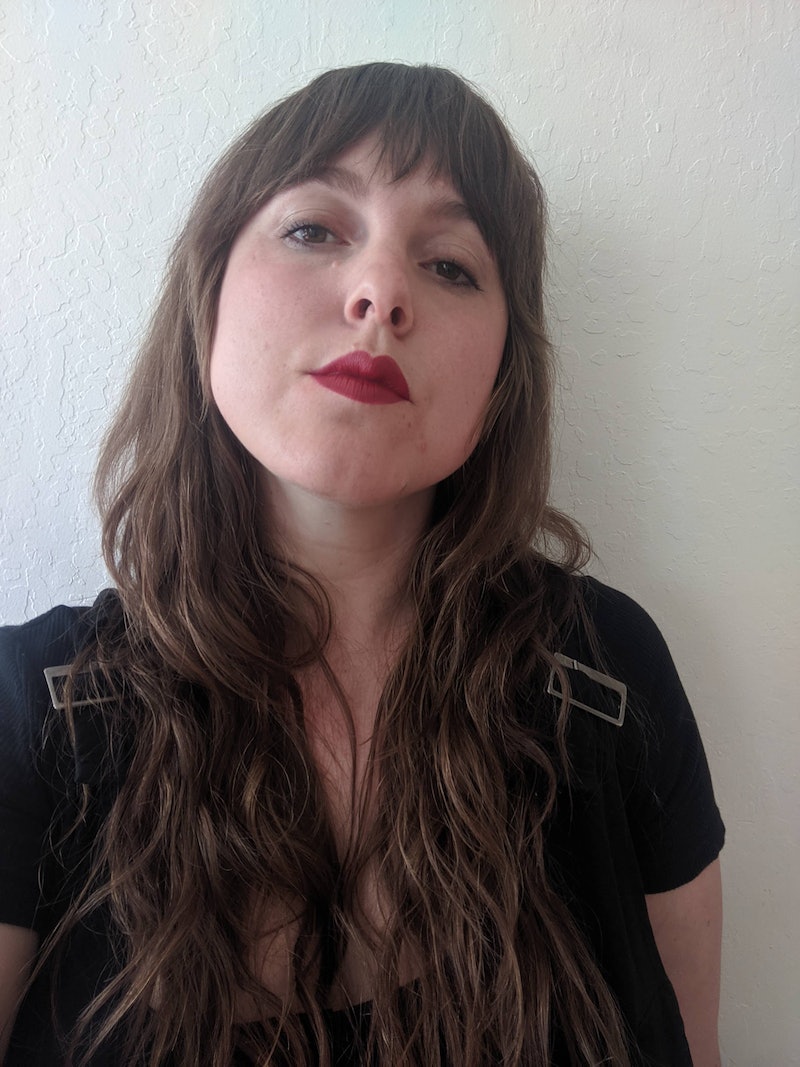 I have a mental illness. That’s a fact about me, just like the fact that I’m 5’6” and that I love taking two hour naps. But while I never question my height, I do question whether or not I’m really mentally ill. That’s despite the fact that, a year ago, I was diagnosed with premenstrual dysphoric disorder (PMDD) — a disorder that’s characterized by extreme emotional and physical premenstrual symptoms and is recognized in the DSM-5 — and that I take medication every single day for it.

But issues like PMDD always get written off as “women's issues” — which is code for “somehow less valid because they have to do with uteruses” — and as a result, even though I feel its effects every day, I sometimes doubt whether or not I have an illness at all. Add on the fact that women’s health problems in general are vastly under-researched and underfunded, and I'm even more inclined to doubt myself.

When I need to explain PMDD quickly, I tell people that it’s “like PMS, but with suicidal ideation.” PMS is common, with 80% of people who menstruate feeling some combination of some degree of moodiness, irritability, bloating, and breast tenderness just before their periods start, according to the International Association For Premenstrual Disorders (IAPMD). People know what PMS is, and so explaining PMDD that way can give them some understanding of what I’m dealing with.

But PMS is not PMDD. For between 2 and 10% of the menstruating population, according to IAPMD, PMDD takes those annoying (but manageable) PMS symptoms and turns the dial up to 11. A person with PMDD experiences such a depth of negative feelings and painful physical symptoms — like despair up to the point of suicidal ideation and breasts that hurt so much it can be hard to wear a shirt — that it interferes with their daily life. They may not be able to go to work or they may disrupt important relationships in their lives. They may cry uncontrollably about nothing for hours. And all of it has to do with hormones.

That was me, for five to 10 days every month for the last year or so of my twenties and the first couple years of my thirties. When I hit my luteal phase and started to experience those symptoms, I knew something was wrong — but I didn’t know what it was or how to make it better.

So when I was 31 and a stranger on Instagram suggested I look into PMDD after I posted an Instagram Story about how much I was suffering every month, the relief I felt was incredible. And it was even better when I started taking medication and had my first menstrual cycle without the emotional and physical anguish that had come to characterize half of every month. I felt all of the clichés as deep truths: I was myself again; I was who I was supposed to be; I was happy in my skin for the first time in years.

If this was an easy story, that’s where it would end: with a strong diagnosis and an effective treatment. But nothing about PMDD has been easy. And learning how to live with it now that my symptoms have largely abated has been confusing. When I was actively ill, I could point to my crying jags and fatigue and paranoia and be like, “See! Something is wrong with me!” But now that I’m experiencing normal PMS symptoms, if any symptoms at all, I’ve started to doubt that I’m really as sick as I thought I was. (Anecdotally, I've talked to other folks who've gone through this experience — who've taken medication for depression and then stopped because they felt better, only to feel depressed again when they were no longer medicated.) But when the mental illness you’re living with is related to something that’s derisively referred to as a “woman’s problem,” not to be taken seriously, it’s even easier to gaslight yourself into thinking you made it all up.

After all, if we write off PMS as silly or dramatic, why would people believe that PMDD is real? And, in fact, many people don’t. Misogynists write off women as “hysterical." On the flip side, some people think that adding PMDD to the DSM pathologizes women’s emotions and “normal” hormonal shifts doubt that my illness even exists. That’s despite the fact that taking antidepressant medication relieves symptoms of emotional and physical distress in people with PMDD. So people with PMDD live with doubt from both sides. Is it any wonder that we start to doubt ourselves?

It’s a weird feeling to know a fact about yourself and to doubt it at the same time. Most days, I know that I’m living with a chronic illness. I take my little blue-and-off-white pill and I know I’m taking care of myself. But some days I start to wonder if all of those doubters are right. I over-explain myself and I assume that the person I’m talking to won’t believe me, or they’ll just think I’m too weak to handle normal PMS. Everyone gets moody, right? Eat some chocolate. Stop complaining.

But then I remember those days on the couch. I look at the photos I took of my face when I felt deep despair. I remember my therapist telling me that I had a “depth of sadness” that was “intense” to witness during a recent flare-up. And I remind myself that I’m not imagining things or being dramatic, and I'm not just "too weak" to handle it. It’s just my body chemistry, and it's real — no matter what the doubters think.

More like this
These Artists Are Reimagining Black History Month To Create A Better Future
By Katie Mitchell
25 Inspiring Quotes From Black Women To Celebrate Black History Month
By Kyli Rodriguez-Cayro and JR Thorpe
19 Instagram Captions For Celebrating Black History Month
By Ayana Lage
10 Primal Movement Exercises That'll Improve Your Mobility
By Carolyn Steber
Get Even More From Bustle — Sign Up For The Newsletter
From hair trends to relationship advice, our daily newsletter has everything you need to sound like a person who’s on TikTok, even if you aren’t.