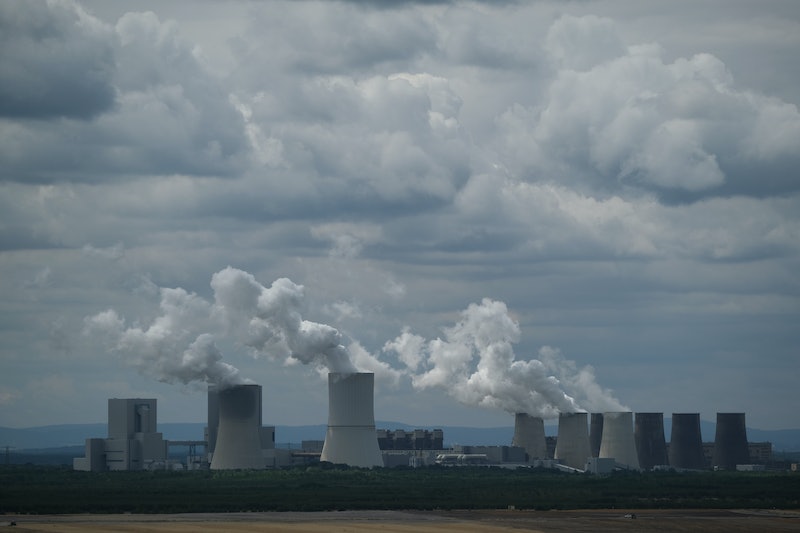 Growing up with poor air quality significantly increases your chances of developing various mental health struggles, a new study says. According to the study, there is a strong relationship between increased pollution and increased incidence of personality disorders, depression, bipolar disorder, and schizophrenia. In other words, growing up near pollution can impact your mental health dramatically.

The study, published in the journal PLoS Biology, drew its conclusions from an analysis of large population data sets from the United States and Denmark. Examining over a decade's worth of data regarding over 151 million people in the United States, the study found that counties with the worst air quality had more people with bipolar diagnoses than the counties with the best air quality. In Denmark, too, rates of bipolar diagnoses increased by nearly 30% (comparable to the U.S. rate of 27%) for people who grew up in areas with poor air quality.

Poor air quality was associated with increased diagnoses of major depression in both countries, as well. And it wasn't just air quality that the study covered: land pollution was associated with a nearly 20% increase in personality disorder diagnoses in the United States. And across both countries, these links between pollution and mental health were especially strong in people who were exposed to pollution before age 10.

And it's extremely significant, here, that the study found similar results in both the United States and Denmark. The study pointed out that the two countries have different levels of access to and attitudes about healthcare, environmental monitoring, diagnostic biases, and different racial/ethnic categories. Because of all these variables, the study concluded, it is even more significant that a similar increase in bipolar diagnoses were associated with pollution in both countries.

Despite these strong correlations, the study's results are not without controversy. According to UChicago News, other researchers are warning that increased pollution observed alongside increased mental health diagnoses does not necessarily mean that the pollution itself is the cause. This critique is based on the idea that a correlation between Factor A and Factor B does not necessarily mean that Factor A causes Factor B. But this is far from the first study to implicate toxic environments in diminished physical and mental health.

Indeed, a 2017 study published in the journal Primary Care reviewed an overabundance of established data suggesting that environmental racism in urban planning funnels most pollution into communities of color and low-income communities in the United States. And a 2018 study published in the journal Health Promotion Practice found that these racial and socioeconomic disparities in pollution levels have created extreme disparities in asthma diagnoses among Black adolescents and their white peers. These physical health factors exist alongside other race-related stressors that contribute to decreased mental health in communities of color, according to 2018 study published in the Journal of Health and Social Behavior.

So it's not unprecedented for studies to reveal connections between highly polluted areas and residents' health. And this new PLoS Biology study also suggests various neurochemical mechanisms through which pollution can alter brain chemistry and subsequent mental health. The current research turned to a 2002 study published in the journal Toxicologic Pathology for possible answers, which has been a foundational text for research on the mechanisms of air pollution's impacts on the brain (by studying the brains of dogs exposed to traffic-related pollution).

In the 2002 study, pollutants damaged the brain via direct travel from nasal passageways and through indirect pathways to the brain starting with lung inflammation. All of these mechanisms, the 2019 PLoS Biology study suggested, are plausible means of pollution increasing mental health struggles. And while there are certainly non-physiological explanations for increased mental health struggles in highly polluted areas, it is reasonable to respond to this new study by figuring out how to take extra good care of young people growing up in already polluted areas.

More like this
11 Health & Wellness Gifts Any Fitness Devotee Will Appreciate
By Rachel Lapidos
This Company Will Send STI Tests Right To Your Door
By Lexi Inks
6 Unexpected Causes Of Post-Workout Fatigue
By Carolyn Steber
I Visited Remedy Place, The Social Club Transforming The Wellness Industry
By Rachel Lapidos
Get Even More From Bustle — Sign Up For The Newsletter