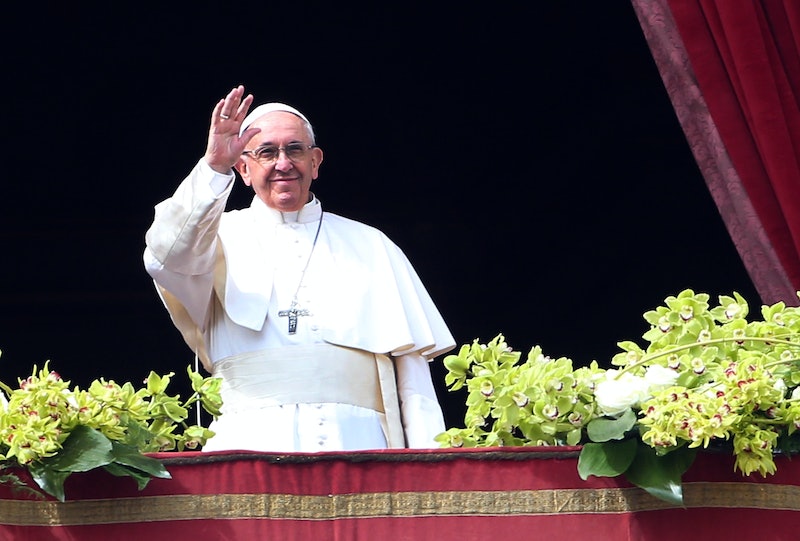 In a lengthy letter released by the Vatican on Monday, Aug. 20, Pope Francis responded to decades of alleged child sex abuse by priests, acknowledging both the suffering endured and the Catholic Church's reported failure to act on the issue. The pope's letter comes nearly a week after a Pennsylvania grand jury report identified more than one thousand child victims with credible allegations against more than 300 priests using the Catholic Church's own records. In his letter, which was published in multiple languages and addressed to "the people of God," Pope Francis called for solidarity with victims and commitment to "a culture of care."

"With shame and repentance, we acknowledge as an ecclesial community that we were not where we should have been, that we did not act in a timely manner, realizing the magnitude and the gravity of the damage done to so many lives," Pope Francis wrote. "We showed no care for the little ones; we abandoned them."

But while the details of the alleged abuse differed from case to case, child to child, the Catholic Church's response was largely the same. "All of them were brushed aside, in every part of the state, by church leaders who preferred to protect the abusers and their institution above all," the jury's report concludes.

Although Pope Francis noted in his letter that most of the cases outlined in the grand jury's report "belong to the past," he said the Church "realized that these wounds never disappear." He then went on to say such wounds "require us forcefully to condemn these atrocities and join forces in uprooting this culture of death."

"The heart-wrenching pain of these victims, which cries out to heaven, was long ignored, kept quiet or silenced," the pope wrote. "But their outcry was more powerful than all the measures meant to silence it, or sought even to resolve it by decisions that increased its gravity by falling into complicity. The Lord heard that cry and once again showed us on which side he stands."

The pope went on to acknowledge the irrevocable damage done by the alleged abuse and noted that change was long past due. "Looking back to the past, no effort to beg pardon and seek to repair the harm done will ever be sufficient," he wrote. "Looking ahead to the future, no effort must be spared to create a culture able to prevent such situations from happening, but also to prevent the possibility of their being covered up and perpetuated."

According to The Guardian, Pope Francis' recent letter represents the first time a pope has ever written about sexual abuse to all the world's Catholics.