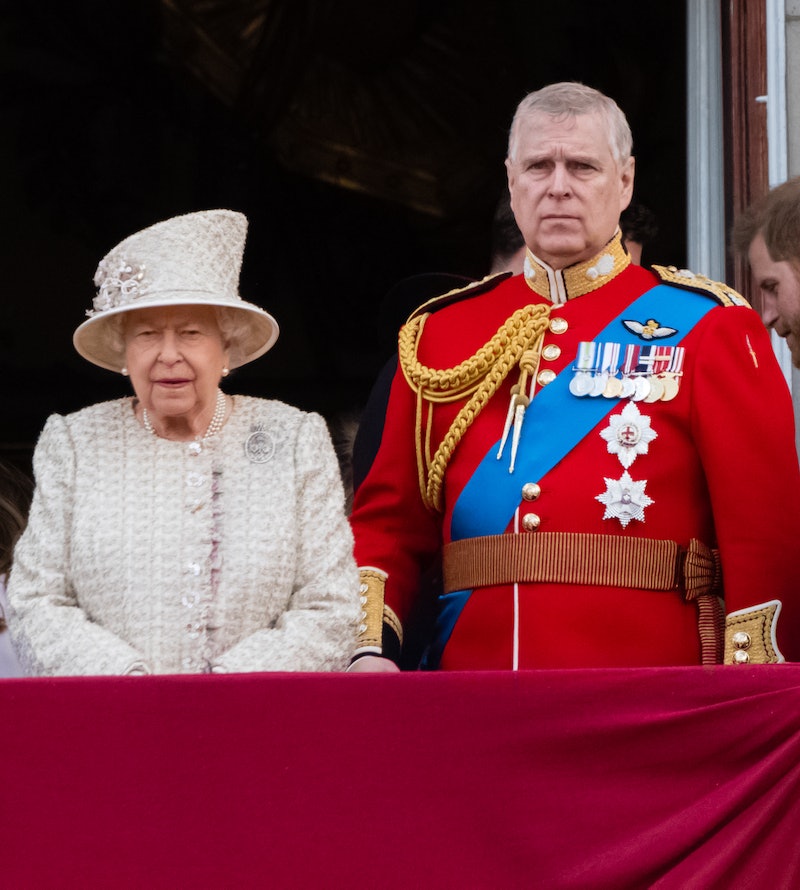 Just days after a disastrous interview with the BBC, Prince Andrew has resigned from his royal duties, according to People. On Nov. 17, Andrew sat down with the BBC to discuss his association with Jeffrey Epstein, in what has since become a highly-criticized interview. During the Duke of York's conversation with BBC Newsnight's Emily Maitlis, he attempted to distance himself from allegations against Epstein, who was indicted in July for allegedly sex trafficking dozens of young girls at his homes in different states between 2002 and 2005. Epstein died of an apparent suicide in a New York City jail in August while he was awaiting trial, and his death is currently under investigation by the FBI.

Following the Newsnight interview, Andrew released a statement stating he was walking away from his public duties. "It has become clear to me over the last few days that the circumstances relating to my former association with Jeffrey Epstein has become a major disruption to my family’s work," he said, specifically mentioning their charity work. Andrew later revealed that he had asked his mother, Queen Elizabeth II, if he could "step back from public duties for the foreseeable future" and she agreed.

Before his resignation, Andrew, who is also the father of Princess Eugenie and Princess Beatrice, told Maitlis that he regrets his association with Epstein. "I continue to unequivocally regret my ill-judged association with Jeffrey Epstein. His suicide has left many unanswered questions, particularly for his victims," he said. He added that he would gladly "help any appropriate law enforcement agency with their investigations, if required."

In that same interview, Andrew further denied allegations that he sexually assaulted a girl he met through Epstein. Virginia Roberts Giuffre has alleged that she was forced to have sex with Andrew three times in 2001 at Epstein's properties when she was only 17 years old. Giuffre first came forward with her allegations in a 2015 federal court filing and claimed that Epstein had forced her to perform sexual acts with several important men, including Andrew, all of whom denied the accusations.

At the time, in 2015, Buckingham Palace defended Andrew against Giuffre's case in a statement, which read in part, "for the avoidance of doubt, any suggestion of impropriety with underage minors is categorically untrue." The palace later released a second statement that same year, offering a stronger denial: "It is emphatically denied that the Duke of York had any form of sexual contact or relationship with Virginia Roberts. The allegations made are false and without any foundation."

During his BBC interview, Andrew again denied the claims, saying, "It didn't happen. I can absolutely categorically tell you it never happened." He also claimed that he did not remember even meeting Giuffre, despite the photo that appears to show the two of them together, with Andrew's hand resting on Giuffre's hip. "Nobody can prove whether or not that photograph has been doctored, but I don't recollect that photograph ever being taken," he told Maitlis.

Andrew may be stepping away from public life, but as alleged victims of Epstein continue to seek justice, he may continue to find himself in the spotlight as the story develops.