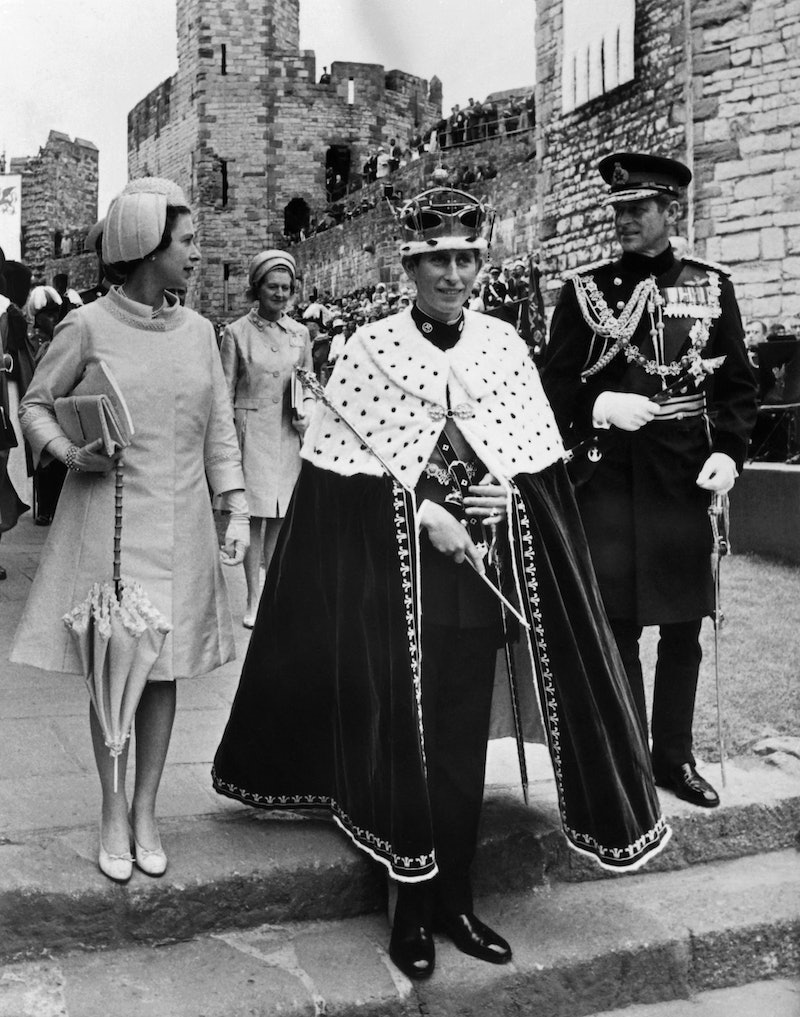 Prince Charles' famous relationships are at the center of The Crown Season 3: his scandalous romance with Camilla Shand, his controversial correspondence with his great-uncle the Duke of Windsor, his desperation for the Queen's approval. But among these more well-documented entanglements, it's his relationship with his Welsh language tutor Edward 'Tedi' Millward, a staunch anti-royalist, that sheds insight on who Charles is becoming as a leader.

Season 3's sixth episode is called 'Tywysog Cymru,' a Welsh translation for the title Prince of Wales. At the outset, Prime Minister Harold Wilson suggests that the Queen send her eldest son to Wales for a term, ripping Charles (played with perfect clipped syllables by Josh O'Connor) from Cambridge where he's happily established himself in the theater community. Wilson is eager to keep the favor of Welsh voters even as Welsh mines were closing. Charles is horrified by the assignment, but packs his trunk as duty commands.

As on the show, his nine weeks at Aberystwyth University immediately preceded his investiture, the formal ceremony during which he received the title Prince of Wales and delivered a speech accepting his charge. In order to demonstrate his commitment to the Welsh people, he gave the speech twice, once in English and once in Welsh.

That Charles was able to pick up the language so quickly is owed to his tutor, who, per The Guardian, had years earlier co-founded a society for the protection of the dying Welsh language. Millward was also the vice president of a political party that advocated for Welsh independence from the United Kingdom, which is why he was "surprised" when he was assigned the young royal as a student, he told The Guardian. "He had a one-on-one tutorial with me once a week. He was eager, and did a lot of talking."

In the series, at least, the two immediately clash. Millward admonishes Charles' ignorance about Welsh history, compounding his loneliness at the same time it begins to change him. The longer he's there, the more Charles sees Wales' subjugation to the United Kingdom as an allegory for his own lack of autonomy within the royal family.

In Robert Lacey's book The Crown, the historian and Netflix consultant argues that the relationship between Millward and Charles was warmer than one might imagine, with both men calling each other by their first names by the end of their time together. Lacey writes that Millward felt bound by his nationalism to decline invitations to the investiture ceremony, as well as Charles' wedding to Diana in 1981.

Years later, however, a trove of newly declassified cabinet papers revealed the pair's friendship sparked considerable concern within the British government. The Welsh Secretary, who opposed Welsh nationalism, warned PM Wilson that "the enthusiasm of youth is a marvellous spur, but it may lead to speeches that cause real difficulty."

He described Charles' weeks at Aberystwyth as "subjected to concentrated attention by Welsh Nationalists," naming Millward, the college president, and even Charles' dormitory neighbor.

But Charles himself remembers his time in Wales very differently, saying in a 2019 documentary celebrating the 50th anniversary of his investiture, "Every day I had to go down to the town where I went to these lectures, and most days there seemed to be a demonstration going on against me. I did my utmost to learn as much as I could. But in a term it's quite difficult, and I'm not as brilliant a linguist as I'd like to be."