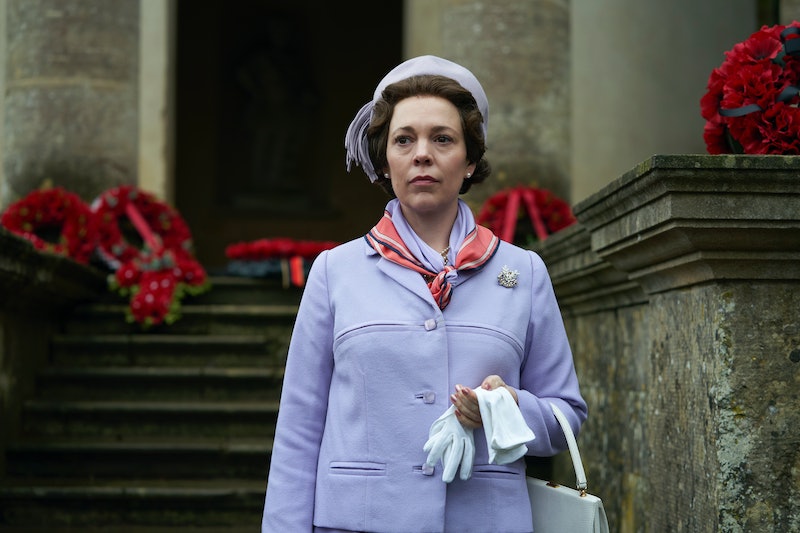 In an early episode of The Crown Season 3, Prince Philip (Tobias Menzies) goes on Meet the Press to argue that Queen Elizabeth needs a pay raise. He laments that his family has "already embarked on a general belt-tightening." For instance, they've hocked a small yacht. "I shall probably have to give up polo pretty soon," he adds. When he's eviscerated in the next day's newspaper, Philip is flummoxed. In his eyes, the UK can't go out and buy the good press that the Crown generates just by existing. Don't people realize they need those swanky international tours, black tie state dinners, and, apparently, his polo-playing, to keep the goodwill rolling in?

To plead his case directly to the British public, Philip arranges a tightly choreographed, fly-on-the-wall documentary chronicling their daily lives. "I want people to like us," he tells his daughter Princess Anne, "to feel that they know us." What he doesn't realize is that it's not what the family has in common with the non-royal public that makes them most sympathetic; it's what they don't.

Prince Philip's belief that a documentary will curry favor isn't unprecedented. In The Crown's first season, he lobbied for Elizabeth’s coronation to be filmed — a resounding success both in the show and in real life. According to The Family Firm, Edward Owen's 2019 book on mass-marketing the royal family, the broadcast "transformed the emotional dimension of the monarchy" by turning them from people you glimpsed along a distant parade route to those you watched from the warmth of your own home.

This time, though, the cameras backfire. "It seems the documentary not only failed to achieve what I hoped for, it has somehow achieved the opposite," Philip says, clearly failing to understand why. "Instead of writing about what good value for money we represent, the commentators are united in their mockery of our woodenness, our stupidity…" The audience is never asked to commiserate the failure of the documentary, which Anne (Erin Doherty) warns him is doomed before filming even begins. It's the tragic discrepancy between how Philip measures his own purpose and the image that's reflected back to him in the press that's sympathetic. Philip's facing down the everyday experience of being misunderstood, but on dimensions that the rest of us never will.

The tremendous and corrosive scale at which the royals endure what could be dismissed as everyday human hardship is a motif that's woven throughout the season, which features some of the most high-profile romantic entanglements in the history of the royal family. Princess Margaret, who the Queen refused to let marry her true love in Season 1, is finally permitted to separate from her philandering husband, while Prince Charles (played open-facedly by Josh O'Connor) is forbidden to marry Camilla Parker Bowles — an intrusion that viewers know will send a destructive wake through the rest of his life. But these sacrifices are affecting not because they reveal the royals have the same emotions as everyone else, but because they highlight the alarming frequency with which they are conscripted to experience anguish the rest of us understand but rarely confront. Prince Charles' family conspires to see his girlfriend married off to another man. This is cruelty beyond the scope of ordinary lives.

There are, of course, harder to sympathize peeves among the Windsor set. Philip's new foe — the television — beams the moon landing right into his living room, spurring a mid-life crisis over the adventurer he never became. Princess Margaret never quite accepts her role as the younger sister, renewing in her mid-40s the same request she had as a child: Can't I be queen, too? Elizabeth herself (this time, Olivia Colman) would rather breed racehorses full-time than preside over the Commonwealth.

But this season, at least, even these sacrifices are provided a sympathetic context — the liberalizing 1960s. As Owens characterizes it, there was a dominant "national culture in which self-fulfillment was prized more highly than ever before." Against that social tide, the royal family remained duty-bound to forgo their freedom in order to serve their country. And if the public couldn't appreciate what they were providing, why were they still living in Buckingham Palace when they could be roaming outer space? For Philip, who was displaced from Greece by an overthrow as a royal child, the possibility that they "may have to move into smaller premises" isn't merely a square-footage threat. It's an existential one.