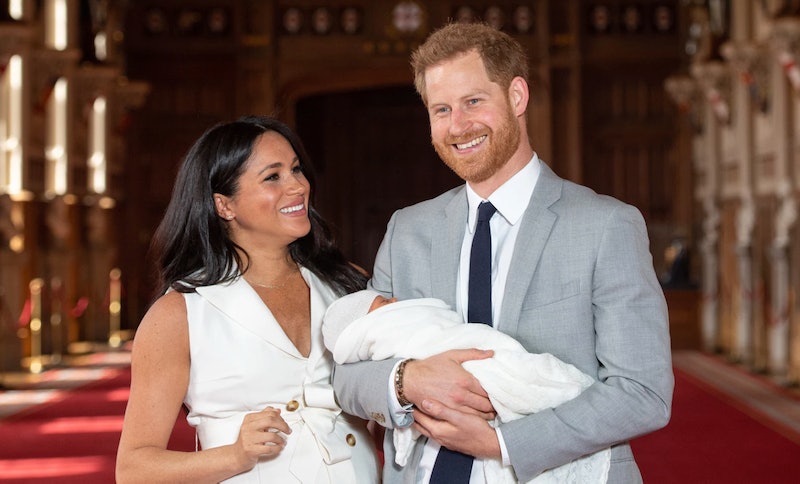 Father's Day is fast approaching, and I'm sure we are all wondering what special gift we can pick up for our dads. For some, 2019 will mark their first year as a father, making it an extra special time. One such dad is Prince Harry, whose son Archie Harrison as born on 6 May. And, unsurprisingly, the British public have taken it upon themselves to celebrate the new dad by starting a charity fundraiser in Prince Harry's name. Cute!

Yep, that's right, to honour The Duke Of Sussex's very first Father's Day, fans of the royal are encouraging people to donate to two of Harry's most beloved charities.

Taking to social media, the hashtag #HappyFathersDayPrinceHarry is being avidly used by leaders of the movement, which asks those who want to honour Harry and Archie to donate to either Scotty's Little Soldiers or the Queen's Commonwealth Trust.

Discussing why they started the hashtag, Tina and Michelle, hosts of "The Sussex Set" podcast, explained:

"We are honouring Prince Harry’s first Father’s Day because, like the Duchess of Sussex, he uses his platform to bring remarkable attention to global issues such as the welfare of service men and women, mental wellness, environmental conservation, gender equality in education, and HIV/AIDs.

"Hopefully this campaign lets him know that we see him and that we appreciate his and Meghan’s dedication to service," they continued.

Indeed, fans of the couple are proudly making themselves known through campaigns such as this, and even call themselves The Sussex Squad.

The Squad have previously honoured Harry and Meghan by starting the #GlobalSussexBabyShower, which encouraged fans to support certain charities to support the pregnancy of the couple and the impending birth of baby Archie.

The Duke and Duchess of Sussex, gracious as ever, took to Instagram to acknowledge the efforts of their legions of fans, writing:

"What an incredibly special surprise the grassroots led #globalsussexbabyshower was last Sunday! The Duke and Duchess of Sussex are immensely grateful for the outpouring of love and support in anticipation of the birth of their first child."

"In lieu of sending gifts, the couple have long planned to encourage members of the public to make donations to select charities for children and parents in need. If you already made a donation, the couple send you their greatest thanks. If you are thinking about it, they ask that you kindly consider the following organisations they’ve selected, which we will highlight here over the next few days: @thelunchboxfund @littlevillagehq @wellchild @baby2baby"

Harry and Meghan both made an appearance on Saturday (June 8) at Trooping The Colour, to celebrate Queen Elizabeth's official birthday.