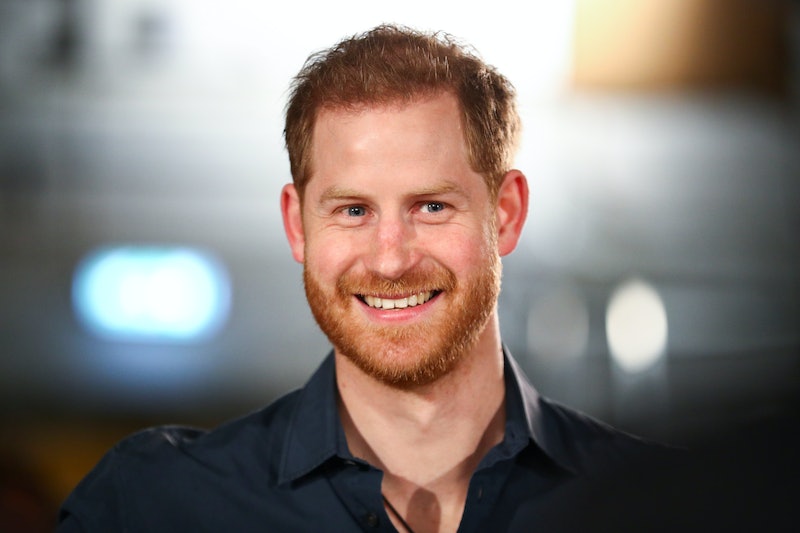 Speaking on what would have been his late mother's 59th birthday, Prince Harry honored Princess Diana in a speech at the very first virtual Diana Award ceremony. The ceremony, which took place on Wednesday, July 1, honored young people around the world who are making a change and fighting injustice in their communities.

Harry started his speech by saying how honored he was to start the awards — and how proud his mom would have been to see the new generations of youngsters take action. "I know that my mother has been an inspiration to many of you and I can assure you she would have been fighting your corner," he said, according to Hello Magazine. "Like many of you, she never took the easy route, she never took the popular one, or the comfortable one. But she stood for something. And she stood up for people who needed it."

Several honorees were teenagers from London and Jamaica who are raising awareness about youth violence and creating safe spaces for victims. Harry also made special mention of those fighting racial inequality, including James Frater, who is working to increase representation of Black students at UK universities. "We're seeing situations around the world where division, isolation and anger are dominating as pain and trauma come to the surface," he said in his speech. "But I see the greatest hope in people like you and I'm confident about the world's future and its ability to heal because it is in your hands."

Harry also acknowledged his brother Prince William, who he created the awards with, during the speech. "You are six young people that my brother and I are proud to specifically recognize tonight," he said to the night's honorees. "It is your voice that is far more important than mine." He also gave a shoutout to his wife Meghan Markle and apologized on their behalf for playing a part in upholding systemic racism around the world.

"My wife said recently that our generation and the ones before us haven't done enough to right the wrongs of the past," he said. "I too am sorry — sorry that we haven't got the world to a place you deserve it to be. Institutional racism has no place in our societies, yet it is still endemic. Unconscious bias must be acknowledged without blame to create a better world for all of you."

The speech follows the work that Meghan and Harry have done in light of the Black Lives Matter movement, including calling a biracial woman who claimed she was set on fire by four white men while driving, in an alleged hate crime. He concluded his speech by promising to do even more to help. "I want you to know that we are committed to being part of the solution and to being part of the change that you are all leading. Now is the time and we know that you can do it."

More like this
Meghan & Harry Respond To Jeremy Clarkson’s "Apology" Over *That* Column
By Sophie McEvoy
A Royal Lie: Harry Reveals The Truth About Princess Diana’s Ring
By Marina Watts
Prince Harry Incorrectly Recites Christina Aguilera’s “Genie In A Bottle” Lyrics
By Jake Viswanath
'Bridgerton's Regé-Jean Page Is The World’s Most Handsome Man
By Darshita Goyal
Get Even More From Bustle — Sign Up For The Newsletter
From hair trends to relationship advice, our daily newsletter has everything you need to sound like a person who’s on TikTok, even if you aren’t.