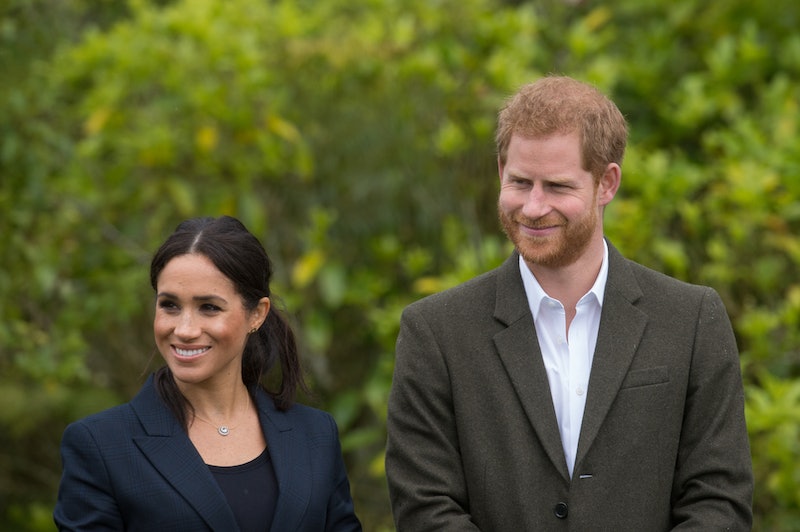 Everybody has their set of Christmas traditions: some put up the tree together, others wake up early just to crack open the next door of the advent calendar and others, and some traditions, including royal ones, are a little less wholesome. One of the royals’ major pastimes is hunting and the Telegraph claims that one of their Christmas traditions is a ‘traditional [Boxing] Day pheasant shoot’, however it seems like Prince Harry may be sitting this year’s out. It wouldn’t be surprising given that in recent months, the royal has allegedly opted out of other family hunts and seems to be giving up the hobby.

According to The Sun, Prince Harry and his brother William have been part of the annual hunt for “more than 20 years”. However, The Telegraph alleged that the royal had missed last year’s edition as well as the “grouse shooting at Balmoral three months ago.” It could signal an end to the past time - at least on Prince Harry’s front - and honestly I’m not upset about it.

Outlets including The Sunday Mirror claimed that he was partially skipping the hunt “out of respect” for Meghan Markle, and also claimed she is a “keen animal lover” with a “strict no-fur policy”.

TBH that checks out given that Meghan has been known to own dogs and according to W Magazine brought her rescue beagle Guy with her from Toronto. (Her other dog Bogart, was apparently left behind in Toronto as “her vet reportedly advised her that Bogart’s age meant he wasn’t up for the move.”) It also fits in with her general eco-conscious ethos, as she’s known to wear sustainable fashion designers including Stella McCartney, who calls itself a “vegetarian brand” and rules out the use of “leather, skin, fur and feathers” in items.

If I’m going to be completely honest, the coverage around Meghan Markle recently has been making me feel a bit queasy as people have been quick to point fingers at her; with the tone of certain articles and social media posts making it seem like she’s out to ruin everybody’s fun. After reports claimed that he was “under pressure from his pregnant wife” to quit this year’s hunt via The Telegraph, a Kensington Palace rep told the publication, “This is completely untrue.”

They did not however confirm whether or not Harry would be joining the hunt this year, but added that the claims should be “taken with a pinch of salt”.

The news comes amid rumours that Prince Harry and Prince William may be undergoing a particularly tense time at the moment, with stories of “rows between the two couples” and “suggestions Prince William has not been welcoming towards the Duchess of Sussex.” Prince William and Meghan Markle’s recent decision to move to Frogmore House in Windsor, just a stone’s throw from their wedding venue St George’s Chapel, has been highly scrutinised and will be a big change for the pair who have called Kensington Palace home since their engagement.

A source told the The Sunday Mirror, “In his mind, William sees [the situation with this year’s hunt] as another concerning example of his younger brother being pulled away from his family by his new wife. Harry’s always loved hunting and it has provided them with a great chance to bond as brothers. But now it looks like Harry’s shooting days are over. It’s the latest point of contention between the Princes after a testing time in their relationship.”

If shooting animals is what you’re basing a family relationship off of, IMO you need to get a new hobby. To each their own, but I personally wouldn’t mind if Wills and Harry just decided to make up and go ice skating instead.