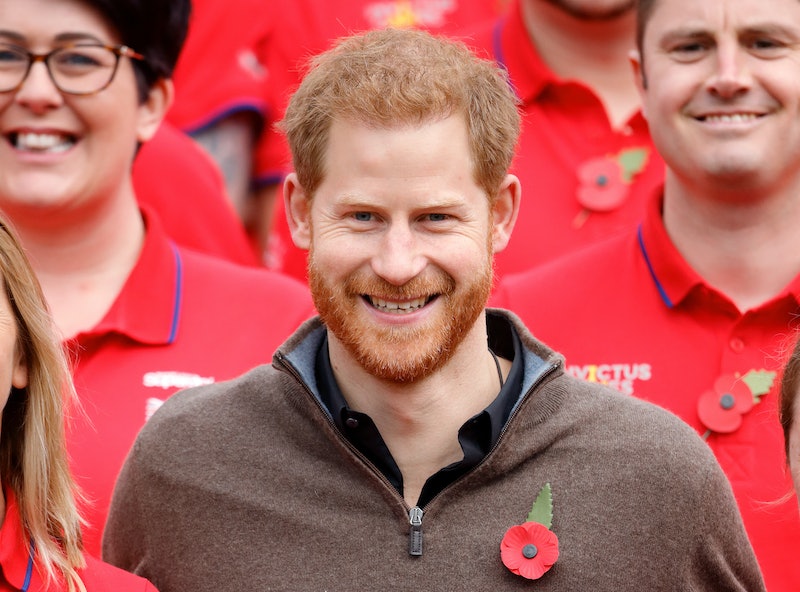 Everybody must keep their mind healthy throughout the coronavirus pandemic, and nobody knows this more than a (former) royal. Prince Harry launched a new initiative to promote mental wellness, entitled HeadFIT, on Monday, April 27, marking his first project since his and wife Meghan's royal exit. But even though he's no longer a senior working member of the royal family, his latest move still has some major ties to the crown.

Harry's new project has been in the works for over three years, according to Entertainment Tonight, as part of Heads Together, a campaign that he launched with his brother Prince William and sister-in-law Kate Middleton back in 2016 (a.k.a. before he even met Meghan). The initiative is specifically geared toward the British military, encouraging members to focus on their mental health by providing self-help tools, including meditation exercises and relaxation techniques made for defense personnel.

“I’ve long believed the military community should lead the way for the rest of society," Harry said in a statement on Heads Together's website. "For too long we have been waiting for problems to arise and then reacting to them. HeadFIT is a proactive approach to mental fitness, focusing on our own potential to increase our performance, using proven methods in sport science.”

The new initiative is close to Harry's heart for multiple reasons. He served in the British Army himself for ten years, traveling to countries like Afghanistan and reaching the rank of Lieutenant. In the years after his military stint, he has made mental health a top priority, launching multiple projects to promote its importance, including an Apple TV+ series with none other than Oprah Winfrey.

The Duke of Sussex has also been open about his own mental health struggles in recent years, saying that he had a hard time dealing with the death of his mother, Princess Diana, and the pressures that come with being a working royal. “I can safely say that losing my mum at the age of 12, and therefore shutting down all of my emotions for the last 20 years, has had a quite serious effect on not only my personal life but my work as well,” he said in a 2017 interview with The Telegraph, admitting he had been "close to total breakdown on numerous occasions."

Though this new project maintains ties to his life as a royal, it's clear that going forward, Harry will continue to prioritize mental health and wellness in whatever he does next.

More like this
Prince Harry Incorrectly Recites Christina Aguilera’s “Genie In A Bottle” Lyrics
By Jake Viswanath
This Is When Netflix Is Going To Start Charging You For Sharing Passwords
By Darshita Goyal
Stephen Graham & Steve McQueen Are Working On A Wartime Drama
By Darshita Goyal
Armani Jackson Is Following In His Famous Actor Sister’s Footsteps
By Catharina Cheung
Get Even More From Bustle — Sign Up For The Newsletter
From hair trends to relationship advice, our daily newsletter has everything you need to sound like a person who’s on TikTok, even if you aren’t.