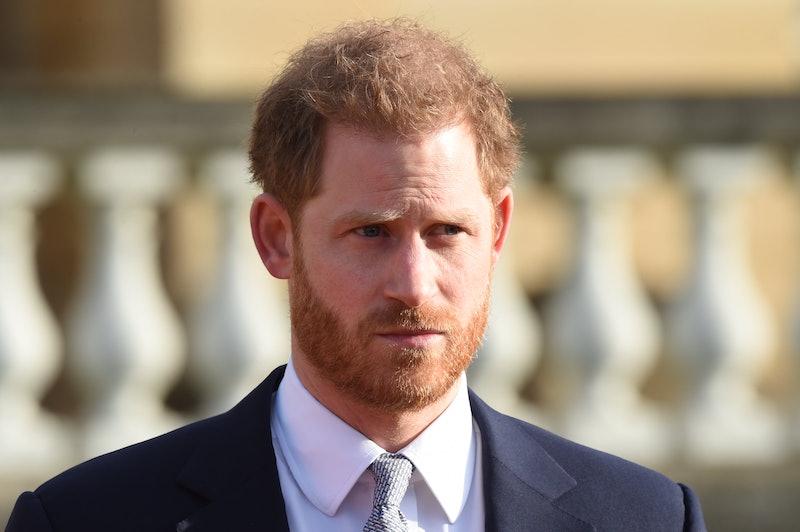 Over the past few years, it's been fair to argue that Prince Harry, Duke of Sussex, and Meghan, Duchess of Sussex, have been subjected to some oftentimes unfair media coverage. This has led to an increasingly volatile relationship between the royal couple and the press. However, it appears one recent attempt to hold certain areas of the media to account has fallen short, because Prince Harry's complaint against the Mail on Sunday has not been upheld.

The Duke of Sussex filed a complaint to a newspaper industry regulator known as the Independent Press Standards Organisation (IPSO), after the Mail on Sunday reported on a series of photographs the prince posted on social media, as the BBC reports.

The snaps in question were shared by the royal on Instagram to mark Earth Day, and they displayed African wildlife being relocated as part of a conservation scheme. However, in an article published in April 2019 – titled "Drugged and tethered... what Harry didn't tell you about those awe-inspiring wildlife photos" – the Mail on Sunday claimed the Duke had "notably avoided explaining the circumstances in which the images were taken." (The animals had reportedly been tranquillised and the elephants restrained when photographed.)

In the official complaint, the Duke of Sussex accused the paper of breaching Clause 1 (Accuracy) of the Editor's Code of Practice. Prince Harry argued the article was inaccurate as it reported that "he had intentionally misled the public to give the impression that he was a superior wildlife photographer and had captured the images in dangerous circumstances." The caption, he argued, made clear the animals were being relocated as part of conservation efforts and aimed to raise awareness.

The cropping of the images was of importance, too. The newspaper argued the prince had posted crops that "didn't quite tell the whole story." Harry cited Instagram's formatting requirements, and pointed out that the uncropped image had been previously published on the royal family website in 2016. The newspaper then disputed the formatting of the image, saying that the prince's preference for a border was a "presentational choice."

The press watchdog ruled against the royal's complaint, and explained the article in question was not "significantly misleading." IPSO concluded that it “did not consider that it was significantly misleading to report that the photographs posted on the complainant’s Instagram account did not quite tell the full story and that the complainant had not explained the circumstances in which the photographs had been taken.”

The IPSO also acknowledged the prince had "not misled the public by failing to explain the circumstances in which the photograph of the elephant had been taken." However, the regulator ultimately decided that, after thorough investigation, the Mail on Sunday had not breached any guidelines.

This isn't the only complaint the royal has against the newspaper. His wife, Meghan, Duchess of Sussex, has her own lawsuit pending. She is suing the publication separately over an alleged breach of privacy. A court date is yet to be scheduled.