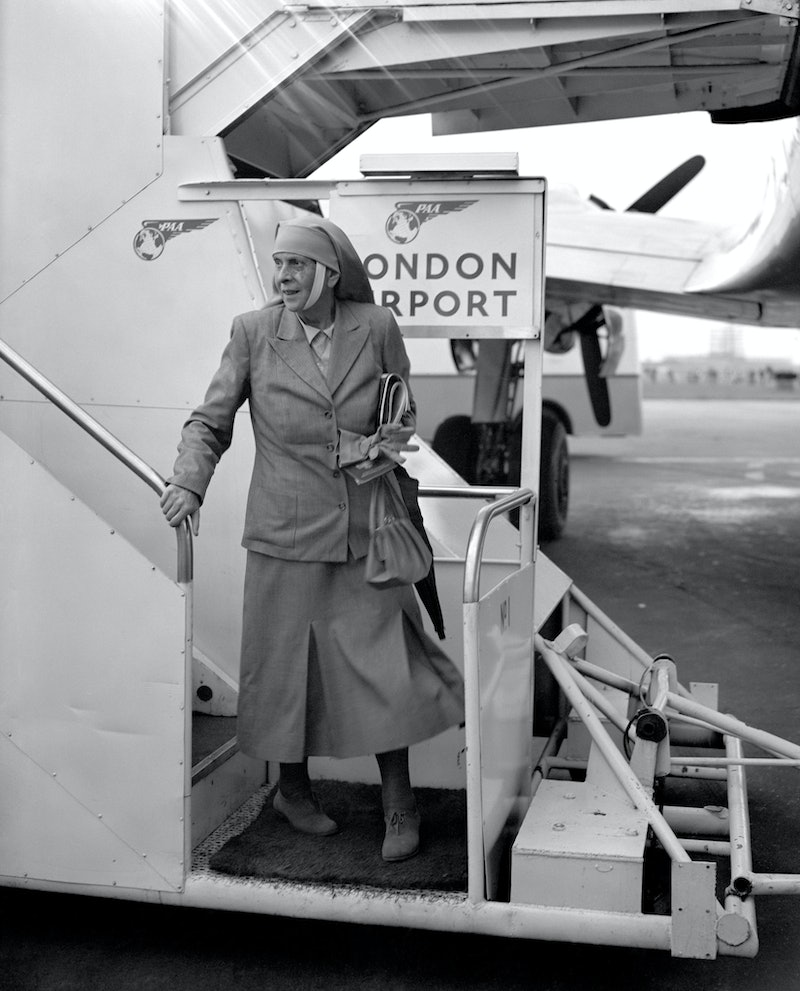 The Crown makes it seem like Prince Philip's mother, Princess Alice, was a saint, and in real life, she kind of was. Born in 1885, she married Prince Andrew of Greece and Denmark in 1903. The couple initially lived in Greece with their five children — of whom Philip was the youngest — but per The Sun, had to flee the country when the royal Greek family was overthrown.

Then, in the early '30s, Alice (who, as the show depicts, was congenitally deaf) was institutionalized after being diagnosed with paranoid schizophrenia, according to the British Psychological Society (BPS). The two men overseeing her case sought the consultation of Sigmund Freud, who reportedly recommended X-raying her ovaries to treat what he believed to be "sexual frustration." All the while, Princess Alice insisted that she was fine and begged to be let out.

When she was finally released from the institution, Alice set to work helping people. According to The Sun, she had already served as an army nurse during World War I, and during World War II, she sheltered Jewish people from the Nazis. "She was amazing, my grandmother. She took [Jewish people] in during the Nazi occupation. She never told anybody, she didn't tell her family for many years," her grandson Prince Charles said in 2016, per The Sun.

According to the Daily Mail, after WWII, Alice founded a convent and orphanage in Athens, where she worked as a nun until 1967, when military tensions in Greece made it unsafe for her to stay. She then lived at Buckingham Palace until her death in 1969 when she was 84.

Because Alice was absent for most of Prince Philip's life, he had an understandably complicated relationship with her, which is something The Crown covers in more detail than Philip ever has. When a BBC reporter asked him on his 90th birthday if his transient childhood had been upsetting, he said simply, "Well I just lived my life. I haven't been trying to psychoanalyze myself all the time." In his mind, being separated from most of his immediate family was "no great deal."

In fact, Philip has spoken of his mother quite fondly. "I suspect that [it] never occurred to her that her action was in any way special," he once said of Alice's efforts to help the Jews during WWII, per Hello. "She was a person with a deep religious faith, and she would have considered it to be a perfectly natural human action to fellow beings in distress."

Princess Alice's faith was so strong that she wished to be buried in Jerusalem. According to another Sun article, her remains were moved there in 1988, but tensions in Israel prevented Philip from being able to visit until 1994.

To this day, Alice's legacy is one of kindness and generosity. And brief as her appearance may be, The Crown is just further testament to that.