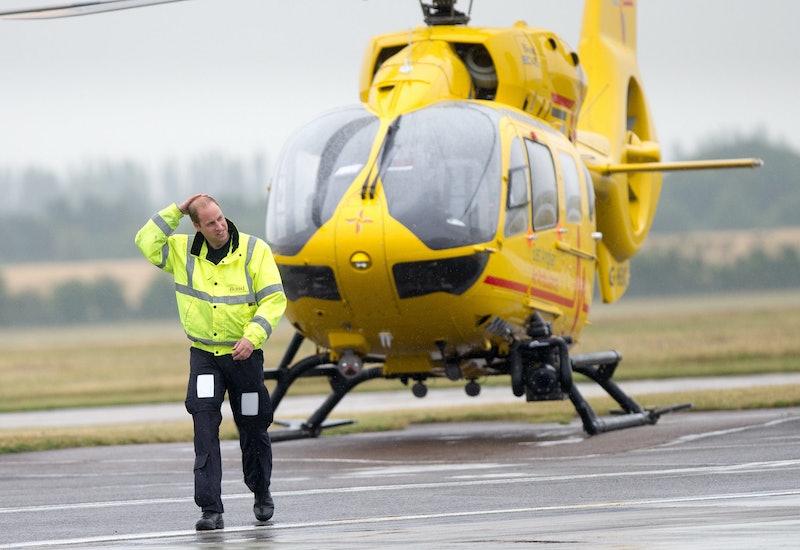 The NHS has been put under immense pressure as more people need assistance dealing with COVID-19. Many former medical workers have been asked to return and help ease the workload on current staff. FAnd now Prince William has said he wants to return as a air ambulance pilot to help support the NHS. The Duke of Cambridge flew with the East Anglian Air Ambulance for two years.

The Duke of Cambridge continued with his royal duties until lockdown was announced earlier this month. According to Metro, while visiting an NHS call centre in Croydon earlier in March, the royal reportedly said he missed his old role as a pilot with the air ambulance. He gave up his role as a medic in 2017 when he took on the title as a full-time senior royal. Since then, however, he’s been an advocate for the work of the air ambulance and the London Air Ambulance charity is one of the organisations that he supports as part of his work as a royal.

The Evening Standard reported that, while speaking about the work of the London Air Ambulance at a ball in November 2019, Prince William said, “London has some of the most difficult airspace in the world in which to offer an air ambulance service. I landed on the London Air Ambulance helipad on multiple occasions during my job. I can tell you that it's an essential part of the medical chain in London and speeds up the process of patients getting to care.”

A source told the Sun, “William has been seriously considering returning as an air ambulance pilot to help in the current pandemic. He knows the whole country is doing its bit and he wants to help.” Currently the Duke and Duchess of Cambridge and their children are seeing out lockdown at Anmer Hall in Norfolk.