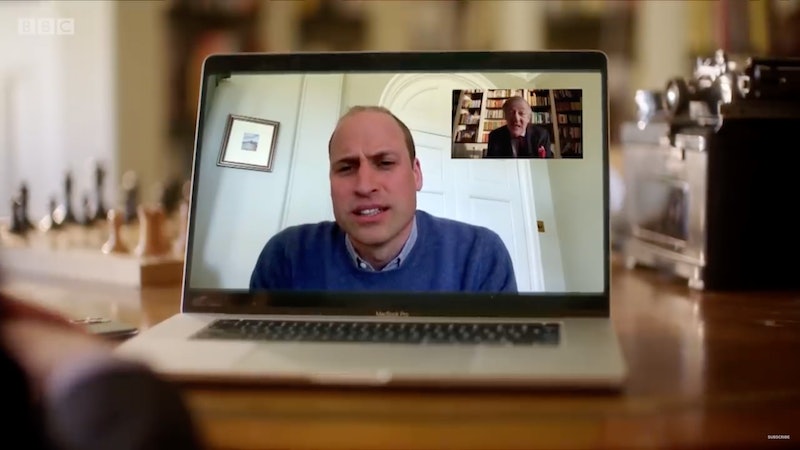 Prince William and Stephen Fry joined forces on Thursday night for a surprise comedy skit during the BBC’s The Big Night In. The show, in collaboration with Comic Relief and Children In Need, was put together to raise money for the fight against Covid-19 and hosted a number of celebrities doing their bit to entertain the nation, but it was the Duke of Cambridge and Stephen Fry’s Blackadder sketch that had fans in fits of giggles.

The Duke of Cambridge, who is a fan of Blackadder, poked fun at himself on a zoom call with Fry, who reprised the role of Lord Melchett for the occasion, before joining his children and the Duchess in a national “clap for carers”.

The short sketch, which was filmed at Anmer Hall where the Duke and Duchess are self-isolating with their children, was written by Richard Curtis, who penned the original television show and is the founder of Comic Relief.

Pacing the floor waiting for the Duke to join him on the call, Fry poked fun at royal heritage as he muttered: “I thought Germans were meant to be punctual,” and asked how homeschooling was going at the royal household.

“A bit of a nightmare really,” said Prince William, before Melchett offered to help out with spelling or history, adding he was “not too bad at kings and queens,” before reminding himself that the subject was probably the Duke’s own area of expertise. “You’d think so wouldn’t you,” William replied, with perfect comic timing.

In true Melchett fashion, he gave a 60-second countdown before the Prince asked: “By the way, have you seen anything good on TV? It’s hell without EastEnders.”

“I hear Tiger King is rather good,” suggested Melchett before William pointed out that he “tends to avoid shows about royalty”. Oh to be a fly on the wall when the Duke watches Joe Exotic for the first time.

Melchett gave a second time-check and declared his job “done diddly done” after the Prince joked: “On my way, let me just see if I can find my socks, and my shoes, and my trousers.”

William then took to his doorstep of his Norfolk home with Kate Middleton and his three children to begin the national “clap for our carers” at 8pm.

The show, which raised £27 million in just three hours, saw Catherine Tate and David Tennant return for a hilarious Lauren Cooper skit, Peter Kay perform a rendition of his hit (Is This The Way To) Amarillo, and Dawn French revive her The Vicar Of Dibley character alongside the Prince and Stephen Fry’s surprise sketch.