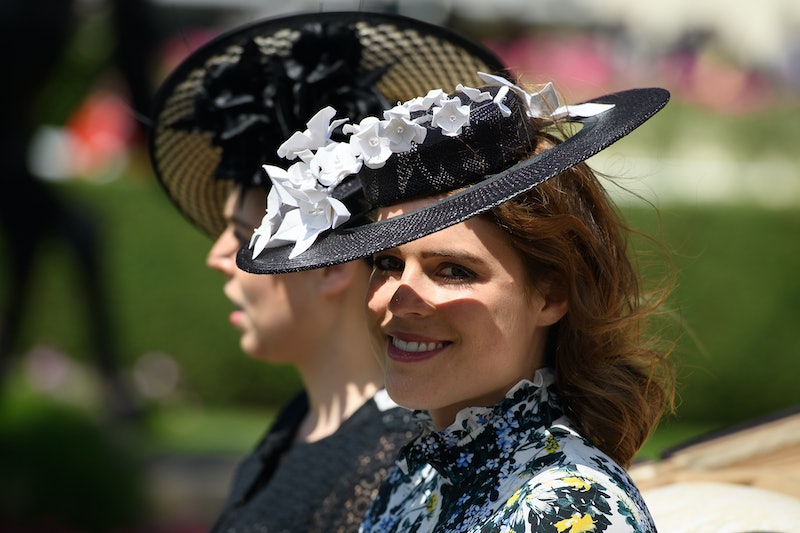 At most weddings it's customary to have a reading and royal weddings are no different. At Prince Harry and Meghan Markle's ceremony Princess Diana's sister Lady Jane Fellowes read an excerpt from the Song of Solomon, while at Prince William and Kate Middleton's her brother James read a passage from the bible. But Princess Eugenie's wedding reading makes a break from royal wedding tradition.

Princess Eugenie has chosen something with religious connotations for the first reading (her fiancé's cousin Charles Brooksbank will read an excerpt from St Paul's Letter). But for the second reading, she and her husband have selected a passage from classic American novel The Great Gatsby by F. Scott Fitzgerald to be read to the guests gathered in St George's chapel. The excerpt references the central character's beguiling smile and will be read by Princess Eugenie's sister and maid-of-honour Princess Beatrice. You can read the full extract below:

"He smiled understandingly-much more than understandingly. It was one of those rare smiles with a quality of eternal reassurance in it, that you may come across four or five times in life. It faced–or seemed to face–the whole eternal world for an instant, and then concentrated on you with an irresistible prejudice in your favour. It understood you just as far as you wanted to be understood, believed in you as you would like to believe in yourself, and assured you that it had precisely the impression of you that, at your best, you hoped to convey. Precisely at that point it vanished — and I was looking at an elegant young rough-neck, a year or two over thirty, whose elaborate formality of speech just missed being absurd. Some time before he introduced himself I’d got a strong impression that he was picking his words with care."

While the content of the passage is obviously super sweet, Twitter users were somewhat mystified by the choice. The Great Gatsby is known for being a critique of the frivolous and vacuous lives of its wealthy characters, which some people considered ironic given criticisms by some commentators over the cost to the taxpayer of the security for the wedding.

It's an unexpected choice not just because of its connotations but because it's a classic of American literature rather than British. But the Right Rev. Andrew Connor cleared things up during the ceremony and explained that Eugenie had specifically selected the passage because it reminded her of her fiancé and his warm smile. So you see, the real meaning is actual seriously cute. Hush, all you naysayers.

As well as the reading, the ceremony will see Italian singer Andrea Bocelli perform with a full orchestra, traditional hymns and prayers, and the customary singing of the British national anthem "God Save The Queen". Princess Eugenie's break with royal tradition follows her cousin Prince Harry's modern marriage to Meghan Markle which incorporated aspects of African-American culture including a gospel choir singing "Stand By Me" and a special address from the Most. Rev. Michael Curry.

More like this
Eurovision Has Been Given A Whole New Look Ahead Of Its Liverpool Debut
By Bustle UK
This Is When Netflix Is Going To Start Charging You For Sharing Passwords
By Darshita Goyal
Vanessa Bauer Is Reportedly Dating Her 'Dancing On Ice' Partner
By Darshita Goyal
Barney Walsh Has Been Linked With This Famous Miss World Winner
By Sophie McEvoy
Get The Very Best Of Bustle/UK
Sign up for Bustle UK's twice-weekly newsletter, featuring the latest must-watch TV, moving personal stories, and expert advice on the hottest viral buys.