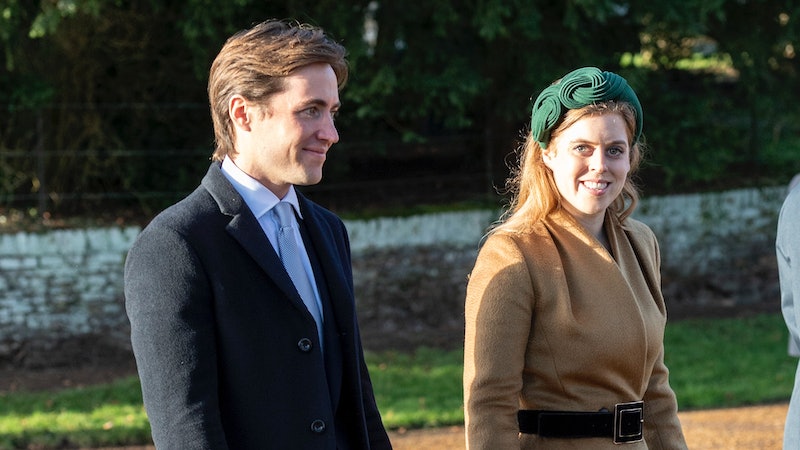 In response to an increasing number of COVID-19 cases in the UK, many high-profile events have been postponed or cancelled. Although usually kept busy with demanding schedules, it appears the royal family are not exempt from the recent changes to our daily lives, and in light of current circumstances, Princess Beatrice's wedding will be postponed due to the coronavirus.

The Princess is set to marry Edoardo Mapelli Mozzi during a private ceremony at St. James’s Palace on Friday, May 29. However, due to concerns surrounding the coronavirus pandemic, it is widely believed their wedding will be reviewed for a third time.

A Buckingham Palace spokeswoman said: "Princess Beatrice and Mr Mapelli Mozzi are very much looking forward to getting married but are equally aware of the need to avoid undertaking any unnecessary risks in the current circumstances. In line with government advice for the UK and beyond, the couple are reviewing their arrangements for 29th May.

"The couple will carefully consider government advice before deciding whether a private marriage might take place amongst a small group of family and friends."

As the Express reports, Her Majesty the Queen is scheduled to host the couple's upcoming wedding reception within the Buckingham Palace gardens. However, all upcoming events at the London residence are now currently under review after new measures were announced by the government — some of which could be in place for months.

"We are studying the implications of the new Government advice and its impact on forthcoming events," a Buckingham Palace Spokesperson confirmed. The Queen too is taking precautions and rearranging her official engagements.

Another significant factor in the couple's decision: Mozzi's family links to Italy. Although born and raised in the UK, many of the groom's nearest and dearest currently reside in Italy — which has become one of the worst affected countries in Europe during the coronavirus outbreak, and is currently in lockdown.

Speaking to the Telegraph, one royal insider revealed that although there is "no suggestion" Italy will remain in lock down until the end of May, the situation does "cast doubt over the guest list."

Prince Philip may also be forced to miss out due to the risk such an event poses to the Duke of Edinburgh's health, according to royal author Phil Dampier.

As per People, this wouldn't be the first time schedule alterations were inflicted upon the forthcoming royal wedding, as changes to the original date have reportedly been carried out twice before, following the scandal over Prince Andrew's relationship with convicted sex offender Jeffrey Epstein. "The date was changed two times," one source told the magazine, who also revealed that in contrast to recent royal spectacles, the ceremony "will be smaller than the original plan."

More like this
Rita Ora Finally Opened Up About Marrying Taika Waititi & Their "Perfect" Wedding
By Sophie McEvoy and Catharina Cheung
This Is When Netflix Is Going To Start Charging You For Sharing Passwords
By Darshita Goyal
Watch Jacinda Arden’s Devastatingly Honest Resignation Speech
By Sam Ramsden
Princess Diana’s Brother Shared A New Photo Connected To Her Childhood
By Darshita Goyal
Get The Very Best Of Bustle/UK
Sign up for Bustle UK's twice-weekly newsletter, featuring the latest must-watch TV, moving personal stories, and expert advice on the hottest viral buys.