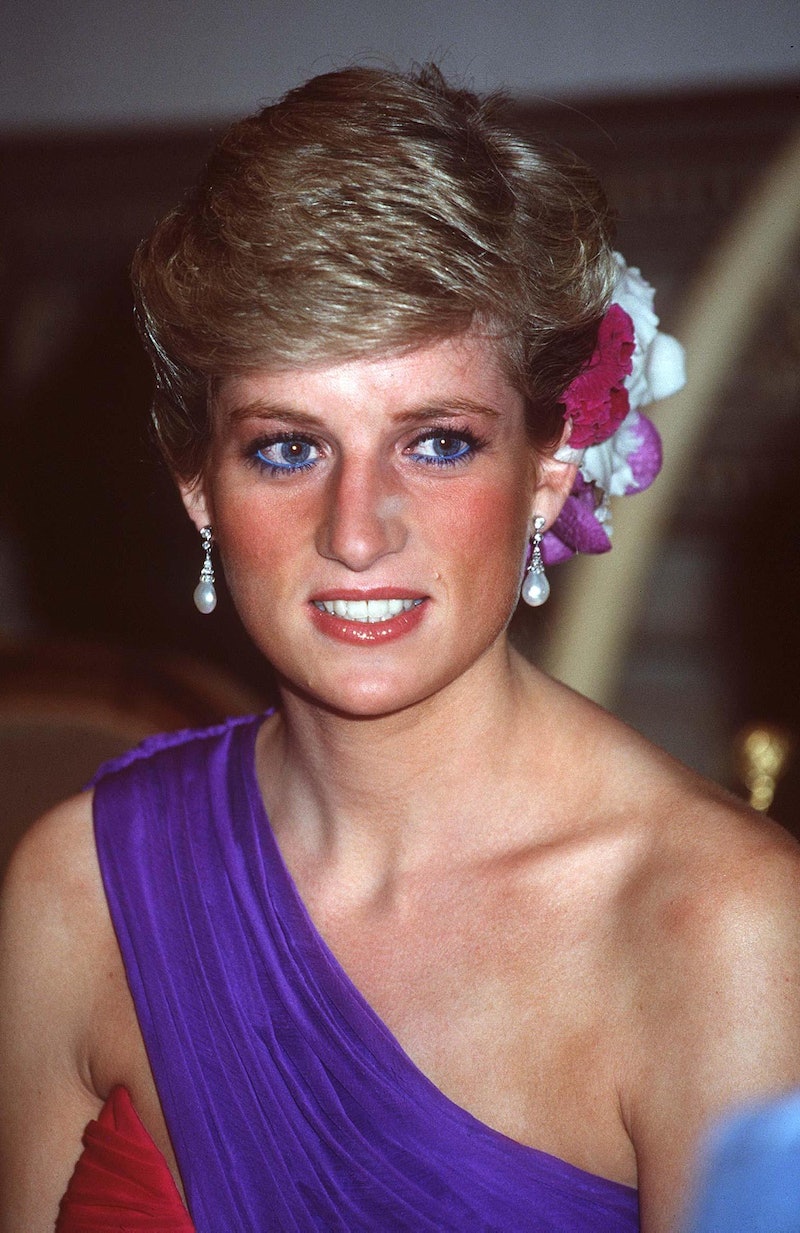 Princess Diana's style impact reached around the globe, and today, her sartorial choices are just popular and memorable as they ever were. That's certainly true when it comes to her daughters-in-law, and now, Princess Diana's dresses and outfits are going on display. Some of them are even ones fans of royal style have seen both Meghan Markle and Kate Middleton emulate.

According to the Daily Mail, Kensington Palace will be opening a new exhibit dedicated to Princess Diana's fashion choices throughout her time as a member of the royal family on Monday. For royal fashion enthusiasts, though, the move may seem confusing as Princess Diana already has a sizable display dedicated to her style. The outlet reports that the existing Princess Diana display called Diana: Her Fashion Story is being removed for a display about Queen Victoria.

The Daily Mail reports that due to the late Princess's impact on royal fashion around the world, Kensington Palace will be creating a new, but smaller, display featuring a Catherine Walker gown as the centerpiece and eight additional sketches of designs Princess Diana wore. While the existing collection may be downsizing, the palace's decision to continue to honor Diana's style is a reminder of just how key she is to royal fashion history.

As for how you can see the exhibit, as reported, it's set to open on Monday, but you'll need to head to the UK to see the pieces up close. They won't be traveling and will be available for viewing at Kensington Palace.

Perhaps the most notable thing about the new exhibit is the dress that the palace has chosen to display. The most prominent part of the new Princess Diana dedicated section will feature a Catherine Walker gown she wore while in Thailand. The red dress features a gorgeous purple draping over one shoulder and down her back. While Princess Diana wore the dress over 20 years ago, it's especially relevant today thanks to her daughters-in-law.

If follows of current royal fashions, the colors of Princess Diana's dress will be immediately recognizable. Why? Because Meghan Markle just wore them a few weeks ago. While out on a visit to visit the new Wilfred Owen statue in January, Markle stepped out wearing a gorgeous red Sentaler coat (that was actually a re-wear) and a bright purple Aritzia midi dress. The choice was a notable one because as Markle fans will know, she typically sticks to neutral tones. Outlets such as Cosmo and People were quick to connect her color choices to Princess Diana's.

The other thing about the dress's significance is the designer. The gown was created by Catherine Walker who was a favorite of the late princess. The designer also happens to be a favorite of none other than Kate Middleton. In fact, Middleton has worn Walker's work recently. In early January, she wore a blue Catherine Walker coat with a matching headband to check, and back in November, she wore a grey coat dress.

Despite Princess Diana's exhibit becoming a bit smaller, the pieces that are being display are proof that her fashion legacy lives on.