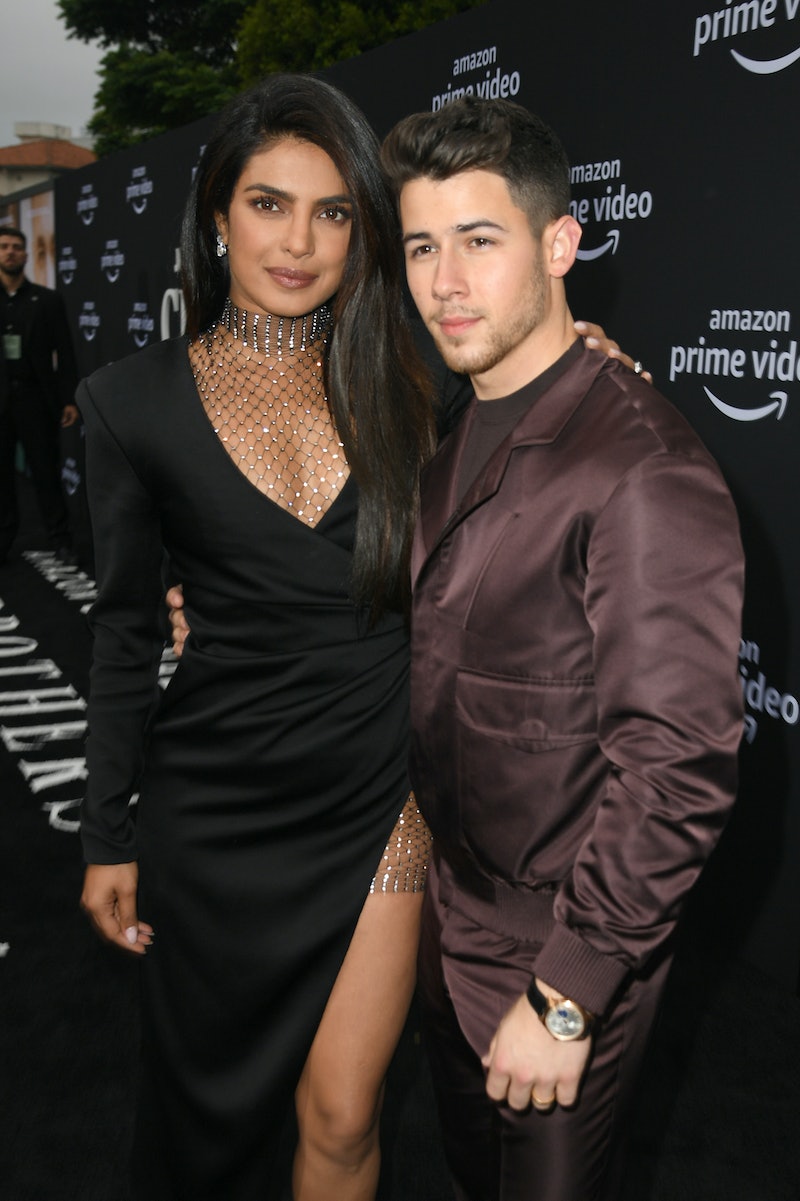 With nearly one year of marriage under their belt, Priyanka Chopra is sharing her very relatable secret to a successful marriage to Nick Jonas. While visiting The View, Chopra revealed that the key to a happy relationship is something you don’t have to be a mega-star to do: just respect your partner’s career. According to Chopra, it’s that easy, and it has been a major factor in why she and the JoBro work.

On Tuesday, she explained, "That's something we always knew about each other, that our work is very important to us." For Chopra, that meant Jonas needed to step up to the plate while wedding planning last year when she was filming her soon-to-be-released movie, The Sky Is Pink. "Nick came down 20 days before and he was like, 'I want you to focus on your film and I'm gonna take care of all the prep,'" she said. "My mom and him did everything. I just wore my dress and arrived."

If you remember the couple's December 2018 nuptials, you’ll know that Jonas and his mother-in-law definitely pulled out all the stops. The couple's wedding took place in Jodhpur, India and featured both a traditional Hindu ceremony and a separate Christian ceremony. According to Chopra, Jonas has to throw on his party-planning hat again since he is planning their upcoming anniversary, too.

It's prioritizing personal and professional passions that makes the "healthiest" relationships. While speaking to Entertainment Tonight on Tuesday, she said, "It's really important to find a partner that can support your individual ambition or your individual dreams outside of them and let you do that thing." The support goes both ways, as Chopra has been seen cheering her husband on throughout his Happiness Begins tour with his brothers and starring alongside her sister-in-laws Danielle Jonas and Sophie Turner in the JoBros' "Sucker" video.

Just like his wife, Jonas has spoken about why his relationship with Chopra works so well. He told The Today Show last September, "The thing that really connected both of us is our love for family and faith and the importance of being connected to those that are always going to be there for you." While the public deemed their relationship, which began in May 2018, a whirlwind, Jonas' quote makes clear their shared values gave them a sturdy foundation.

Family is also a big theme in The Sky Is Pink, which is based on the true story of parents trying to help their daughter with a terminal illness live life to the fullest. Jonas recently took to Instagram to share just how proud he is of Chopra's "bold and beautiful" movie, writing in part, "This film touched my heart in so many ways." The Sky Is Pink premieres in the U.S. on Oct. 11.