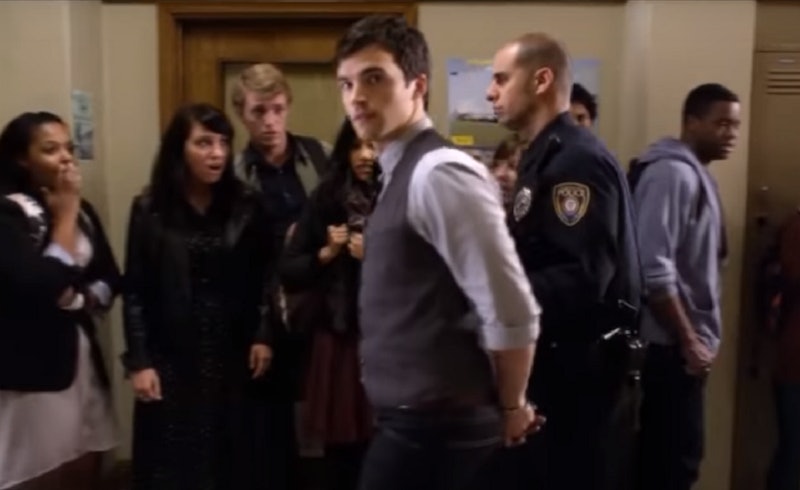 As the Freeform series comes to a close, theories are flying all over the place. But several fans (myself included) have long-held suspicions that Ezra Fitz is A.D. on Pretty Little Liars. In fact, he's been acting suspicious ever since Season 1. He may be cute, but the guy has always been shady as hell. And if you take a look back through the seven seasons, it's easy to see why. There's actually a ton of proof that Ezra must be A.D. on PLL.

Frankly, there's so much that simply doesn't add up with Ezra — and has never added up. Over the course of the show, he's been shown as a secretive, manipulative character, and he also harbors a pretty worrying attraction to underage girls like Alison and Aria. As if those things weren't automatically red flags for the guy, then there's also an assemblage of direct coincidences and other strange behavior that lines him up as the perfect suspect.

It's totally Ezra, you guys. It has to be. From his "research" for his book about Alison's disappearance to his tendency to show up at exactly the right moment, below are several reasons why he seems so guilty.