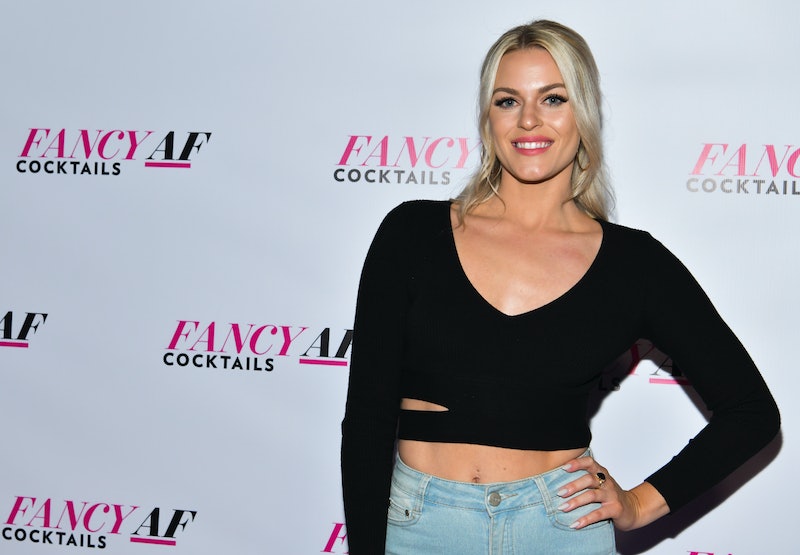 Vanderpump Rules is adding five new faces to Season 8, and among them is Dayna Kathan, a longtime friend of several of the castmates, and a potential new love interest for both Max Boyens and Brett Caprioni. Dayna's Instagram proves her addition to the show has been a long time coming, and with her close connections to some of the original crew — and rumored dislike for others, such as Brittany Cartwright and Jax Taylor — she's bound to add even more drama to the mix.

Per Bravo, Dayna is a sassy, aspiring stand-up comedian and SUR's newest waitress-in-training. (Her Instagram shows her performing at L.A. venues such as Rebels of Comedy and The Comedy Store.) Drama happens when Dayna eventually falls for new addition Max, TomTom’s general manager and Scheana Shay's ex-love interest. When the rumor mill begins to swirl around Dayna and Max, she's forced to decide whether a relationship with him is worth all of the blowback, or if it's safer to just move on with her close friend and other new Vanderpump Rules cast mate, Brett.

Dayna's addition to Vanderpump Rules was likely telegraphed as far back as July 2019, when she posted a pic of her, Lala Kent, and Ariana Madix lounging in the backyard, with the simple caption of "poolside powwow."

It looks like she also spent Christmas with Stassi Schroeder, Katie Maloney-Schwartz, and Brittany Cartwright, and was subsequently spotted with Brittany and Arianna at Arianna's launch party for her and boyfriend Tom Sandoval's Fancy AF Cocktails book.

All in all, Dayna looks pretty cozy with the Pump crew, but there are murmurs online that Season 8 will show Dayna eventually clashing with key players like Brittany and Jax. "She's worked at SUR and been friends with the cast for awhile now, but she doesn't get along with Brittany or Jax so a lot of the drama will center around that," an anonymous insider claimed to HollywoodLife.

Per E! News, that's just the tip of the iceberg, as Dayna is set to collide with Scheana over both Max and Brett. In a Season 8 first look, Scheana is seen mentoring (and possibly flirting) with Brett — Dayna's own friend and possible love interest.

"Scheana and I actually have hooked up," Brett admits to the camera in the first look. "A few nights ago, we were out at a bar in Santa Monica, I was with a buddy. She, of course, invited us back to her house to play Scattergories."

Compounding this awkward love triangle is the fling Dayna has early on with Schean's ex Max. TomTom co-owner Tom Schwartz boasts in a confessional that the reason the bar runs so smoothly is because of the high-quality staff additions like Dayna and Max.

"We've got Dayna, who's this great worker. So good, in fact, that Lisa is poaching her to work at SUR," Schwartz says. "And then, there's Max. He is the glue that holds it all together."

One can only imagine the drama their hookup is going to stir up in Season 8.

More like this
Brooklyn From 'The Bachelor' May Have Accidentally Predicted Her Time On The Show On IG
By Grace Wehniainen
Tahzjuan Took A Cruise With These Bachelor Nation Alums After Visiting Zach's Season
By Kayla Blanton and Grace Wehniainen
Brianna Revealed Why 'The Bachelor' Premiere Was Tougher For Her Than You Saw On TV
By Brad Witter
This 'Bachelor' Contestant Already Has A Lot In Common With Zach
By Grace Wehniainen
Get Even More From Bustle — Sign Up For The Newsletter
From hair trends to relationship advice, our daily newsletter has everything you need to sound like a person who’s on TikTok, even if you aren’t.