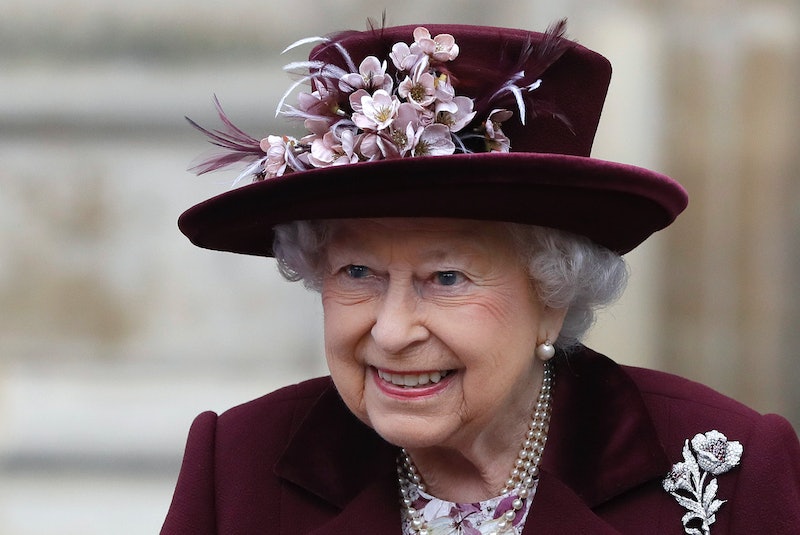 The Queen is turning 92 — and Shaggy and Kylie Minogue are helping her celebrate. As reported by E!, the performance lineup for the star-studded affair has been revealed, and there's something for everyone among the eclectic roster of musical artists for the event. Queen Elizabeth II's 92nd birthday party concert will feature Shawn Mendes, Craig David, Sting, Ladysmith Black Mambazo, Sir Tom Jones, and U.K. singer-songwriter Anne-Marie. And while Queen Elizabeth II might not necessarily have chosen all of the artists (unless she's secretly a fan of early 2000s music, like Shaggy, Minogue, and David's?), the singers are sure to create a birthday celebration she won't forget.

The concert will take place on the Queen's birthday, April 21, at London's Royal Albert Hall. And for fans who are in the U.K. and don't mind shelling out a little cash, commoners can attend the celebration. Tickets are on sale through the Royal Albert Hall website, starting March 21. But fans who aren't in the London area (or just don't want to buy a ticket) can get in on the fun, too, because BBC One and BBC Radio 2 will air the concert on TV. It's sure to be a memorable experience — who ever thought the likes of Shaggy, Sir Tom Jones, and Kylie Minogue would all be performing at the same event? (The Shaggy and Sting pairing isn't too random, though — the pair have a joint album coming out next month — but the full lineup is still a surprising one.)

Fans who are more interested in royal history than concerts still have something to look forward to this year. In addition to the performance event, BBC One will also air a special about the history Queen Elizabeth's decades-long rule.

Plus, as if the concert isn't grand enough, it's not even the only birthday party Queen Elizabeth II has to look forward to. As part of royal tradition, the Queen gets to celebrate her birthday twice each year. There's the event for her actual birthday in April. And then there's an "official" parade for Queen Elizabeth II's birthday, which happens in the summer.

As The Telegraph explains, the tradition dates back more than 200 years, and London's reputation for bad weather is to blame. No matter when the royal leader's actual birthday is, June is a suitable prospect for an outdoor celebration. So each monarch gets to celebrate their birthday twice, if they so choose, and one of the times is always in June. The summer festivities include the Trooping the Colour parade, which includes hundreds of soldiers and horses in the procession.

But in terms of the Queen's actual birthday, there's not always a big affair like the upcoming concert. In the past, Queen Elizabeth II has celebrated her real birthday with gun salutes and private gatherings.

Whether or not you're based in the U.K., the Queen's birthday celebration is sure to be an event to look out for, especially for fans of the Royal Family. Plus, if Prince Harry and Meghan Markle show up at the concert, there's sure to be even more excitement surrounding the event that takes place about a month before their wedding. A tweet from the Royal Family's official Twitter account says that "many members of the Royal Family" will attend the concert, so it's possible that the royal couple will be joining in the festivities.

And if that wasn't enough excitement, Kate Middleton's third baby is also due in April. So, the Royal Family has a lot going on in the next couple of months.