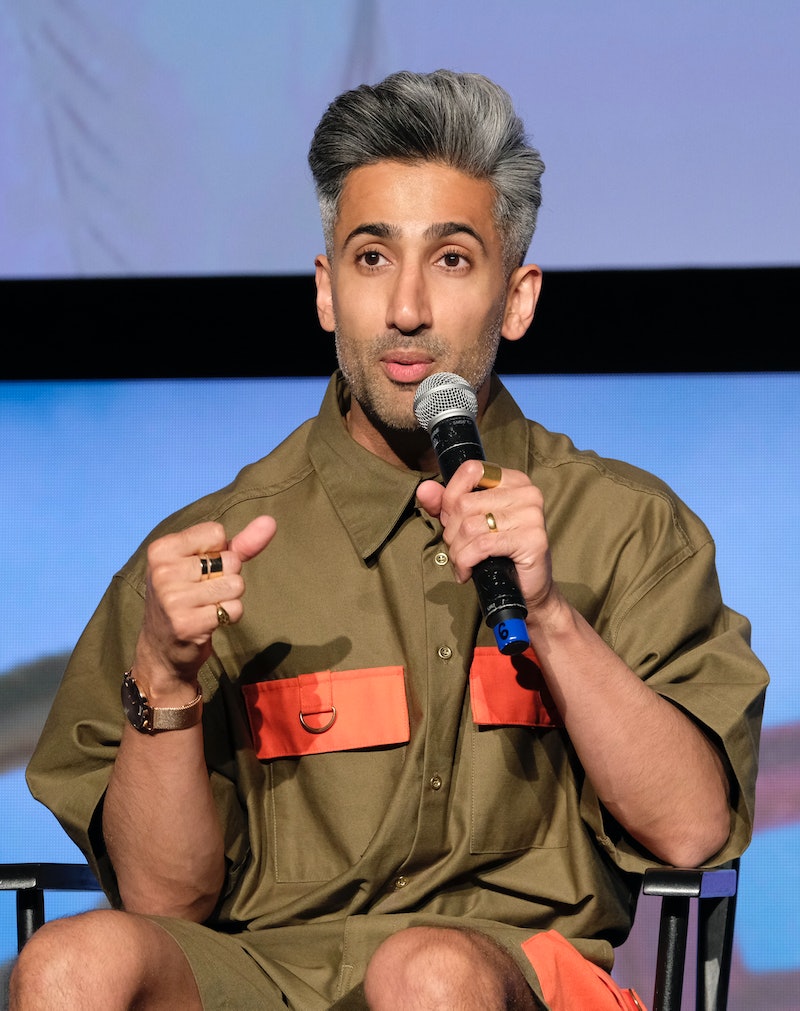 Queer Eye's style expert wasn't going to let this one fly. Following an anger-inducing airport ordeal, Tan France called out the TSA for racial profiling in both Twitter and Instagram posts on Thursday, Dec. 13. According to the openly gay British fashion designer — who is Muslim and of Pakistani descent but currently resides in Salt Lake City — TSA agents had repeatedly targeted him for additional screening this week due to his ethnicity. Tagging the the TSA's official Twitter account, France tweeted:

"I’ve been put through extra security checks 3 times this week, and was just told by a TSA agent it’s because my name is on a list. WTF? I’m brown but that does NOT mean I’m a damn security risk!!!"

Following France's posts, the TSA issued a statement to The Hill:

"All airline passengers, regardless of race, gender, or religion, are thoroughly screened at airport screening checkpoints. TSA cannot comment on the security designation for specific individuals, and there are a number of reasons a passenger can be selected for additional screening, including by random designation."

In a since-deleted Instagram video, the Netflix reality star further said he was "f*cking fuming" as he described the two-hour check-in debacle that began when a TSA PreCheck agent told him his name was on a "list of concern," deeming him ineligible for the expedited screening process that he claimed usually takes “15, 20 minutes.” He was, instead, diverted to the general security line.

"They search you and they give you a pat-down, which is humiliating, where they check everything,” France said in the video, per the Washington Post. “Then, they go through all of your bags and they take a good 45 minutes to go through your bag.”

Once he was cleared to proceed to his designated gate, France, in the Instagram video, reportedly recounted yet another holdup. He said he was not allowed to immediately board the plane because the gate agents were "confused" by the stamps TSA agents had put on his boarding pass.

“The reason why I wanted to post this is so I can tag TSA,” explained France in the final Instagram video clip, which, again, per the Washington Post, included an “I. am. not. a. security. risk.” caption. “Hopefully, they’ll see this at some point and figure out why . . . they’re treating me like this, because I know the answer. I know why I’m being profiled.”

His post did get the TSA's attention — on Twitter at least. The AskTSA account responded to France, writing, “We’re sorry to hear this” and directing him to the Department of Homeland Security’s resolution page for "travelers with difficulties getting through security and inspection at airport checkpoints."

Hours later, France's Queer Eye cast mate Karamo Brown showed his support, posted a photo of the pair along with a poignant message. "The media doesn’t often show men of color embracing and showing each other genuine love and support. Images matter. ❤️🤴🏾🤴🏼❤️ Tan & Me," Brown captioned the loving pic. (For his part, France responded in a comment, "AAAW, KK, I LOVE THIS!! ❤️")

If Queer Eye has taught fans anything, it's that love always prevails in the face of ugly encounters.