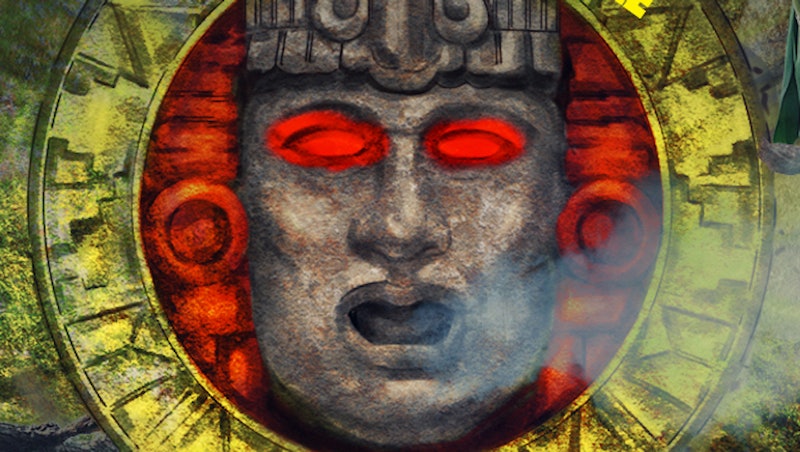 Calling all ‘90s kids: Quibi’s Legends of the Hidden Temple reboot is holding an open casting call for competitors. Much like the original Nickelodeon game show, Quibi’s Legends of the Hidden Temple will follow various teams of competitors as they traverse obstacles in order to win prizes. While the Nickelodeon series occurred in a Mayan-themed temple setting and involved pre-teen contestants, Quibi’s reiteration will take place in a jungle setting with much tougher challenges and adult contestants. Per a press release from Quibi issued on Tuesday, the reboot is on the hunt for competitors.

To get access to early casting details for Legends of the Hidden Temple, simply enter an email address at Quibi.com by Friday, March 13. Per marketing obtained by Bustle, the “Guide to Becoming a Legend” is as follows:

Quibi’s press release cautioned to “enter at your own risk," and added that if you're cast, expect your adventure skills to be put to the true test.

Quibi’s Legends of the Hidden Temple will be executive produced by Scott A. Stone, one of the original creators of the Nickelodeon game show. The reimagined version will preserve many of the classic elements featured in the original, such as the Olmec statue, Moat Crossing, and Temple Run timer. “Bringing back Legends for Quibi is a dream come true,” Stone said in an initial press release in December 2019, per Entertainment Weekly. “I have been so lucky to be part of this defining millennial show, and now there is a defining millennial platform to go with it. I couldn’t be more excited.”

The original Legends of the Hidden Temple ran for three seasons between 1993 and 1995 on Nickelodeon. In 2016, the network released a TV movie, Legends of the Hidden Temple: The Movie, based on the game show and featured original presenter Kirk Fogg in a cameo. Quibi’s reiteration doesn’t have a host attached as of yet. Much like the rest of the mobile-only streaming service's content, the revival will consist of bite-sized episodes of 10 minutes or less. Quibi launches on April 6.

More like this
Turns Out George Clooney Is A Huge Fan Of This Classic British Game Show
By El Hunt
'RHOSLC' Star Jen Shah Refuses To Do A Post-Sentencing Interview With Andy Cohen
By Brad Witter and Jake Viswanath
This 'Gossip Girl' Wardrobe Error Has Gone Viral On TikTok
By Alyssa Lapid
Rupert Grint Just Shared A *Major* Update About Ron Weasley’s Future
By El Hunt
Get Even More From Bustle — Sign Up For The Newsletter
From hair trends to relationship advice, our daily newsletter has everything you need to sound like a person who’s on TikTok, even if you aren’t.