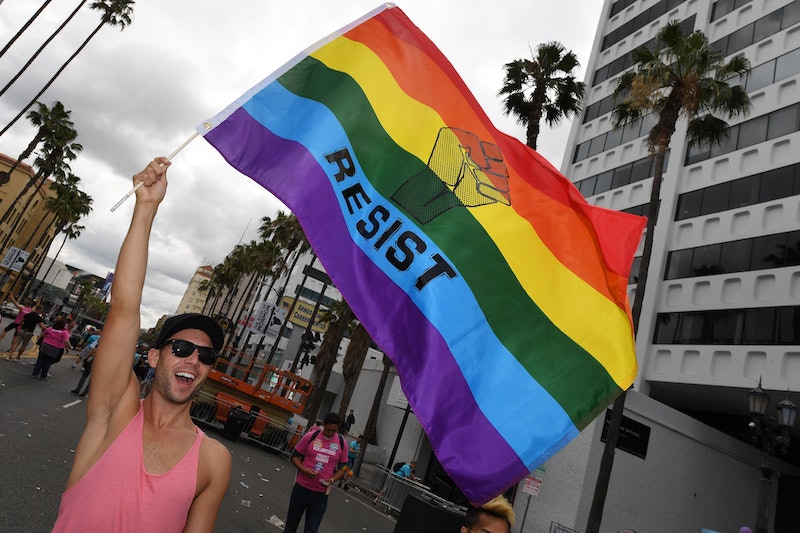 On Tuesday, The Council on Biblical Manhood and Womanhood released the Nashville Statement, a proclamation of 14 affirmations regarding gender and sexuality that many have deemed highly problematic. Consisting of a preamble and 14 articles, the document has been roundly criticized by many, but these quotes from the Nashville Statement prove the anti-LGBTQ sentiment is rife among evangelical leaders.

The Nashville Statement was developed by the CBMW at the Southern Baptist Convention's Ethics and Religious Liberty Commission's annual conference, which took place this year in Nashville, Tennessee. It was signed and endorsed by scores of evangelical Christian leaders.

The preamble of the document notes that it believes that Western society is becoming increasingly "post-Christian" and that the statement will serve to declare "once again the true story of the world and of our place in it — particularly as male and female."

The Nashville Statement is hugely controversial because it condemns both homosexuality and transgender identities and promotes heterosexual marriage as the only "legitimate" type of marriage. It also condemns polyamorous relationships as well as sexual relations outside of marriage.

The following represents a selection of some of the most problematic components of the Nashville statement, which many have decried for being discriminatory and anti-inclusive.