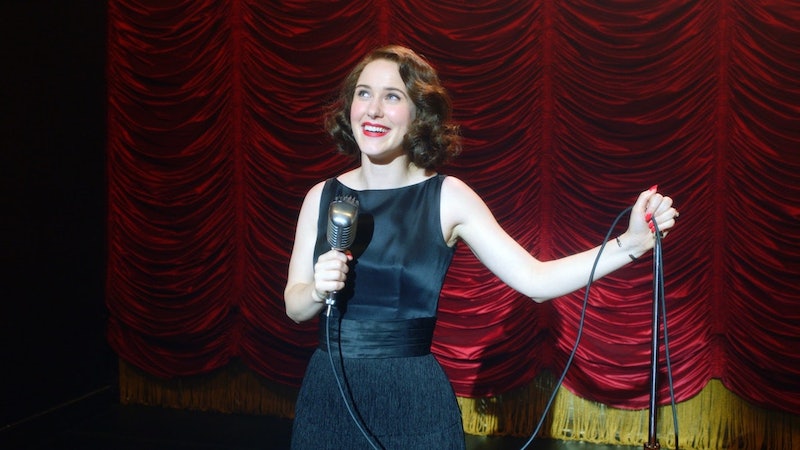 This is not a joke: Marvelous Mrs. Maisel’s Rachel Brosnahan stopped a romance from happening on the acclaimed Amazon period drama. In an interview with the Hollywood Reporter on Dec. 7, Brosnahan revealed that she begged Maisel creator Amy Sherman-Palladino to “never ever cross” the friendship line between her character Miriam “Midge” Maisel and comedian Lenny Bruce (Luke Kirby). Lenny, based on the real-life comedian with the same name, returned to Season 3 upon Maisel’s Dec. 6 debut and shared an intimate moment outside of his Florida hotel room with Midge that suggested the two would eventually hook up. Despite the undeniable chemistry that has manifested since Season 1, Midge bids her supportive friend goodnight and hails a cab to return to her hotel.

She continued, “Amy and I were in complete agreement about that. For me it was about wanting to let their friendship be their friendship, as dynamic and wonderful and weird as it is. I love it exactly as it is and I don't need more from it, and I think Midge feels the same way.”

Lenny makes his first appearance in the pilot episode of the series. Often arrested for sets that pushed the boundaries of free speech at the time, the comedian meets Midge when she’s arrested and the two become good friends. In Season 3, the two bump into each other in Florida and enjoy a night out dancing and drinking. Of that moment outside of Lenny’s motel room, Brosnahan told THR, “Midge has decided that's not the direction her life is going in, so is it really worth risking the friendship they have for one night that might not live up to everything they hoped it would?”

Sherman-Palladino echoed the same sentiments. In an interview with Vanity Fair on Dec. 7, she said of Midge and Lenny's natural chemistry, “What we love about the Lenny-Midge relationship, Rachel and I talked about it endlessly, is that he appreciated her for her talent — for her guts. For her ballsiness… There’s always an attraction between them that’s just natural. We didn’t even write it.”

Sherman-Palladino added, “The fact that she was there for him last year when he was feeling low and in the season finale, and she shows up for him… [A] lot of time it translates into, ‘Well, eventually they're going to have sex.’ But it's not necessarily the way it's going to go.”

The Marvelous Mrs. Maisel Season 3 is available to stream on Amazon Prime Video.